Performance verification is among the most challenging of objectives in any SoC verification plan. It’s difficult to start effectively until quite late in the development cycle, at which point you don’t have a lot of time left to develop extensive performance-oriented testbenches. So many teams adapt functional tests to this… Read More 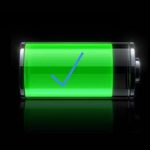 Synopsys PrimeTime PX, popularly known as PT-PX, is widely recognized as the gold standard for power signoff. Calculation is based on a final gate-level netlist reflecting final gate selections and either approximate interconnect parasitics or final parasitics based on the post-layout netlist. The only way to get more accurate… Read More