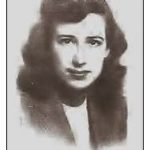 Margaret (Kampschaefer) Butler was a pioneer in technology, a ground-breaking woman who graduated with a B.S in Mathematics and Statistics in 1944, and followed a fascinating career path in the public sector starting in the earliest days of computers and nuclear energy. One of the early female… Read More