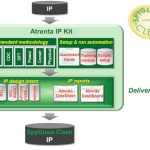 Back in 2011, TSMC announced it was extending its IP Alliance Program to include soft, or synthesizable IP. Around that time it was also announced that Atrenta’s SpyGlass platform would be used as the sole analysis tool to verify the completeness and quality of soft IP before being admitted to the program. Since then, the … Read More