A Brief History of STMicroelectronics
by Daniel Nenni on 02-27-2014 at 10:00 am
View Profile
View Forum Posts 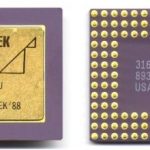 During last week-end, I had the good surprise to meet with one of my oldest friend, Eric, who remind me the old time, when we were working together as ASIC designers for… a Supercomputer project.

In France, in a French company (Thomson CSF) active in the military segment and being able to spend which was at that time a fortune ($25M) … Read More