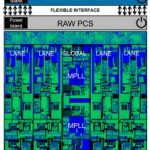 By offering low-power PCI Express PHY solution for mobile application! To make it clear, we are not talking about Mobile Express (M-PCIe), but clearly about PCI Express protocol, including a PCIe Controller and a PCIe PHY. Initially developed to support internal connection between the CPU and the GPU in a PC, the technology has… Read More