Register / Log In
Guests have limited access.
Join our community today!
You are currently viewing SemiWiki as a guest which gives you limited access to the site. To view blog comments and experience other SemiWiki features you must be a registered member. Registration is fast, simple, and absolutely free so please, join our community today!
More about “MIPI beyond Mobile” Paper at DAC
by Eric Esteve on 06-29-2015 at 12:00 pm
View Profile
View Forum Posts

The “MIPI Beyond Mobile” paper has been presented during the 52th DAC in San Francisco and I can share the key findings with Semiwiki readers. This paper has been written to synthesize certain results of the “MIPI Ecosystem Survey-2015” and evaluate the impact on the MIPI IP sales in the future. At first the MIPI Ecosystem has really… Read More 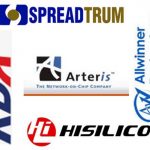 The news from Arteris, Inc., announcing that “its interconnect fabric IP has been licensed and deployed in a majority of chips developed by China’s leading semiconductor companies for applications including consumer electronics, smartphones, and tablets,” is holding attention for several reasons. At first, because it’s… Read More

I have mentioned NoC adoption explosion during the last two years, illustrated by the huge growth in revenue of a company like Arteris: if we consider only revenue coming from upfront license sales (not including royalties), Arteris growth has been geometric between 2011 and 2010, passing from 18 to 39 customers, which is more … Read More 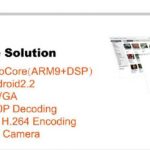 The need for Network-on-Chip (NoC) has appeared at the time where chip makers realized that they could really integrate a complete system on a single die to build a System-on-Chip (SoC). At the early times (1995-2005), the so-call NoC IP suppliers were in fact proposing a crossbar switch, a pretty old concept initially developed… Read More