If we look back in the last century, performance and area were two main criteria for semiconductor chip design. All design tools and flows were concentrated towards optimizing those two aspects. As a result, density of chips started increasing and power became a critical factor. Now, Power, Performance and Area (PPA) are looked… Read More 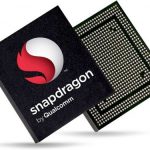 At a different time, but certainly within the past 12 months, Paul Otellini was asked if Intel would be a Foundry for Qualcomm. His reply was that it did not leave a good taste in his mouth. Nevertheless it was not rejected and the door that remained open just a crack is likely to swing open for Qualcomm, the premier mobile silicon supplier… Read More