Webinar: Introducing the JasperGold CDC App
by Admin on 11-17-2020 at 6:22 am
View Profile
View Forum Posts 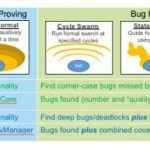 This year I got a chance to talk with Cadence at DVCon on a whole bunch of topics, so expect a steady stream of blogs over the next couple of months. First up was an update from Pete Hardee (Director of Product Management) on, surprise, surprise, formal verification. I’m always trying to learn more about this space, so I picked a couple… Read More

Getting to IP Functional Signoff
by Bernard Murphy on 06-01-2017 at 7:00 am
View Profile
View Forum Posts 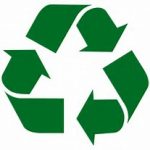 In the early days of IP reuse and platform-based design there was a widely-shared vision of in-house IP development teams churning out libraries of reusable IP, which could then be leveraged in many different SoC applications. This vision was enthusiastically pursued for a while; this is what drove reusability standards and … Read More