Join us for the ESD Alliance 2019 CEO Outlook Thursday, May 23, at SEMI in Milpitas, Calif. Our moderator, Ed Sperling, editor in chief of Semiconductor Engineering, will lead a discussion with our panelists John Chong, vice president of product and business development for Kionix, Jack Harding, president and CEO of eSilicon,… Read More

I recently spoke with Jack Harding, CEO of eSilicon Corporation and Duy-Loan Le, one of eSilicon’s Board members about eSilicon’s progress in Vietnam, a large design location for the company. eSilicon also gives back in the region through its association with Sunflower Mission, a U.S. based non-profit organization that is committed… Read More

I’ve written before about eSilicon’s IP Marketplace. This is the latest in several steps to automate more and more of the interface between eSilicon and its customers: MPW quotes, production quotes, tracking orders through manufacturing, and now IP quotes. There is a phrase in software development called “eating… Read More

This weekend I was in the pits for the Flying Lizard Motorsports team at the Monterey Grand Prix. It was an auction item (donated by eSilicon) at EDA’s 50[SUP]th[/SUP] Anniversary party last year, and let me tell you it was an amazing experience and a very interesting story, absolutely. But first let me tell you that if you get a “Hot… Read More 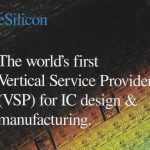 eSilicon Corporation was founded in 2000 with Jack Harding as the founding CEO and Seth Neiman of Crosspoint Venture Partners as the first venture investor and outside Board member. They both remain involved in the company today, with Jack continuing as CEO and Seth now serving as Chairman of the Board. 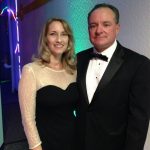 What an amazing night! I celebrated the 50[SUP]th[/SUP] anniversary of the industry I grew up in! With my beautiful wife at my side and a table full of friends we all went down memory lane, ate, drank, and then enjoyed the auction.

The tour of the new computer museum was amazing. I was learning so much up until the 1970’s, then … Read More