The end-to-end principle as defined by Wikipedia is a design framework in computer networking. In networks designed according to this principle, application-specific features reside in the communicating end nodes of the network, rather than in intermediary nodes, such as gateways and routers, that exist to establish the … Read More 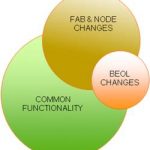