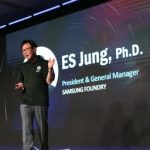 In 2016, many companies are using Industry 4.0 as a buzzword. This doesn’t mean that the old industry has been revolutionized into a new version. On the contrary, this is an extension of what has currently existed, with the dawn of the modern variation arriving about 2010 in Germany.

While the first reference to Industry 4.0 would… Read More