Last week there was a meeting of the GSA Analog/Mixed-Signal (AMS) working group. It was completely focused on FD-SOI (I hate that name, especially since FinFET is also fully-depleted. I vote for BoxFETs.) It was a bases loaded meeting with presentations from ST Microelectronics (calling in from France close to midnight), Samsung… Read More 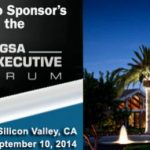 I’m at the GSA Silicon Summit today, at the computer history museum. The first panel session this morning was about future process technology. It was moderated by Joe Sawicki of Mentor with a panel consisting of Rob Aitken from ARM, Paul Farrar of G450C, Peter Huang of TSMC, John Kibarian of PDF Solutions and someone from Applied… Read More

The annual GSA Silicon Summit is coming up in a few weeks. It is on April 10th at the Computer History Museum. Registration is at 9am and the meeting itself gets started at 9.45am. The summit finishes at 2.15pm. There are three sections during the day, and lunch is provided.

The first section is on Advancements in Nanoscale Manufacturing… Read More

The big picture is that… Read More