I love to read articles about autonomous vehicles and the eventual goal of reaching level 5, Full Automation, mostly because of the daunting engineering challenges in achieving this feat and all of the technology used in the process. The auto industry already has a defined safety requirements standard called ISO 26262, and one… Read More

I met Imperas at TechCon this year because I wanted to become a bit more knowledgeable about virtual modeling. That led me to become more interested in RISC-V and a talk given by Krste Asanovic of UCB and SiFive. My takeaway surprised me. I had thought this was an open-source David versus proprietary Goliaths (Intel and ARM) battle… Read More

It takes courage and perhaps even a little insanity to start a new EDA venture these days – unless you have a decently differentiated value proposition in a hot market. One company that caught my eye, Austemper, seems to measure up to these standards (though I can’t speak to the insanity part). They offer EDA tooling specifically… Read More

How to Secure IoT Edge Device from Multiple Attacks?
by Eric Esteve on 11-21-2015 at 7:00 am
View Profile
View Forum Posts 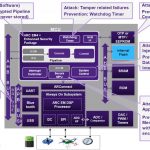 In the 1990’s, designing for performance was the main challenge and the marketing message for Intel processors was limited to the core frequency. Then designers had to optimize power consumption to target mobile phones/smartphone and build power efficient SoC, low power but high performance devices. Now in 2015 the semi industry… Read More