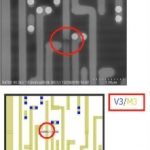 SEMICON West is coming up this July 10-12 at the Moscone Center in San Francisco. It covers a broad swath of the microelectronics supply chain, but I was particularly interested in the test sessions. Here are two that I recommend.

“The Value of Test for Semiconductor Yield Learning” on Tuesday, July 10, at 1:30p. The… Read More