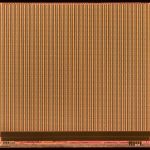 With the award of the Nobel prize for physics to Higgs (who used to work in the same building at Edinburgh as I did, reflected glory) and Englert yesterday, CERN has been in the news. ClioSoft has an interesting presentation given at CERN about designing a detector chips. The work was done two or three years ago, managed from Lawrence… Read More