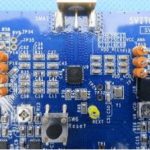 Ever wondered why they named the most universal wireless technology Bluetooth? Apparently it was named after a 10[SUP]th[/SUP] century Danish King named Harald Blåtand whose nickname was Bluetooth because one of his teeth was blue. King Bluetooth’s claim to fame is that he helped peacefully unite Norway, Sweden, and Denmark.… Read More

For most devices, the on ramp to the Internet of Things means wireless, connecting a microcontroller or SoC via some kind of radio. It seems every merchant semiconductor company and embedded software firm has jumped on board the IoT wagon. There is a litany of chips, modules, operating systems, and protocol stacks already, and … Read More