Just to review: The brain inside the current Apple iPhone 5s is the A7 SoC manufactured by Samsung using a 28nm process. The A6 (iPhone 5) and A5 (iPhone 4s) are based on Samsung 32nm. The rest of the Apple SoCs also used Samsung processes. I think we can all now agree that the coming Apple A8 SoC (iPhone 6) will use the TSMC 20nm process.… Read More 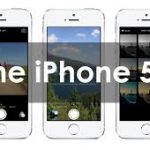 It is bad enough my wife is “flashing” but now my phone is 100+ degrees too!?!?!? It seems that an application is getting stuck and the SoC is thrashing. Which application I do not know, you need to use the old process of elimination method to figure this one out. Doing a hard reboot (turning your phone off and on) is the quick fix, you can… Read More 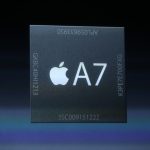 The disappointment amongst analysts is palpable. Dreams of low cost iphones for the masses were kicked away when Apple introduced their two new iphones at the same price points as the old ones. Clearly Apple is playing a different game than what most others are anticipating as the market runs to 5BU. The market has split into the land… Read More