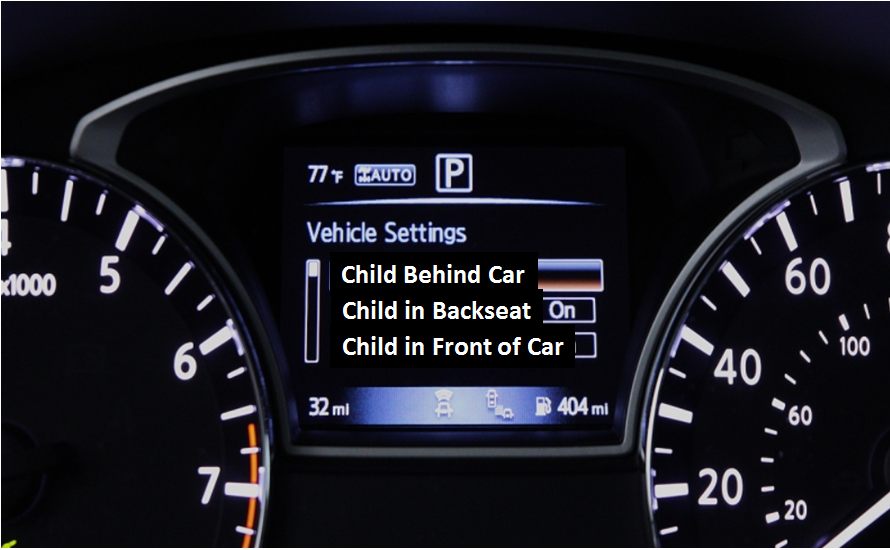 It’s happened again. The 42nd fatality of 2019 in the U.S. from a child being left behind in a hot car has occurred – this time, in New Mexico. While horrific and staggering, the total number of fatalities due to children being left in overheated cars for 2019 is still less than the 54 fatalities suffered in 2018.

According to Kidsandcars.org, a child dies after being left behind in a car every nine days in the U.S. The situation is reminiscent of 2007 when the U.S. Congress signed the Cameron Gulbransen Kids Transportation Safety Act into law requiring the National Highway Traffic Safety Administration to set rear visibility standards by 2011. At the time, 200 people were killed and 14,000 injured annually in backover incidents.

As of 2018, and after extensive testing and research, all cars sold in the U.S. were required to come with a backup camera system. In the same spirit, Kidsandcars.org has been promoting legislation – widely supported by dozens of safety advocates and organizations – to require a rearseat passenger detection system.

The core of the proposed legislation states: ” Not later than 2 years after the date of the enactment of the Hot Cars Act of 2019, the Secretary (of Transportation) shall issue a final rule requiring all new passenger motor vehicles with a gross vehicle weight of 10,000 pounds or less to be equipped with a system to detect the presence of an occupant in a rear designated seating position after the vehicle engine or motor is deactivated and engage a warning. In developing the rule required under this subsection, the Secretary shall consider requiring systems that also detect the presence of any occupant unable to independently exit the vehicle as well as detect the presence of a child who has entered an unoccupied vehicle independently.”

The act would have the added benefit of protecting children and disabled adults as well as pets, which also suffer when forgotten in overheated vehicles.

Safety advocates can be forgiven for being disappointed in the news that arrived last week of a voluntary agreement between safety regulators and the auto industry for the introduction of visual and audible rearseat reminder alerts – after the vehicle is turned off. The agreement provided for fitment of such an alert in all new cars sold in the U.S. beginning in the 2025 model year.

This voluntary agreement is largely a reflection of the need to short circuit the normal broken and bureaucratic NHTSA regulatory process which can extend for years – 11, to be exact, in the case of the Backup Camera mandate. It’s a nice good faith effort, but it shows the U.S. auto industry once again out of step with the rest of the global industry.

The Federal government in the U.S. is currently seeking to undermine emissions and fuel efficiency standards, while governments elsewhere in the world are setting deadlines for the end of the sale and use of internal combustion engine driven vehicles within decades. European regulators are requiring driver monitoring systems, while U.S. regulators are nudging the industry toward the introduction of rearseat alerts.

The voluntary approach to industry-wide safety system adoption in the U.S. was first instituted three years ago for automatic emergency braking (AEB). In 2016, 20 auto makers agreed with NHTSA and the Insurance Institute for Highway Safety to install AEB on “nearly all US vehicles” by 2022.  Now, 20 auto makers have agreed to do the same for Child Presence Detection by 2025.

If NHTSA were to have pursued a mandate for AEB, the process would still be underway with heated debates over different technical solutions. Voluntary adoption of AEB has saved time and money and, presumably and eventually, lives.

Meanwhile, Europe’s NCAP (New Car Assessment Program) is requiring the introduction of driver monitoring systems (to mitigate fatalities and injuries resulting from drowsy or inattentive drivers) by 2022, mandating the technology for all vehicles by 2024. Starting next year, Euro NCAP’s coveted and coercive five-star safety rating will only be available to cars equipped with driver monitoring systems. Of course, the precise nature of these systems is yet to be determined.

Critics of the voluntary implementation of rearseat passenger detection technology in the U.S. suggest that the proposed solution is insufficient to correct the problem. Since the program is voluntary it is likely that different auto makers will take different approaches with different levels of efficacy.

The bigger issue, of course, is the struggle that NHTSA faces in pushing more active safety systems, such as automatic emergency braking, in the interest of mitigating the escalation in highway fatalities. The challenge of ending the scourge of heat-stroke deaths among left behind children in cars may serve as sufficient motivation to call for camera-based in-vehicle monitoring systems capable not only of detecting children left behind in rearseats, but also minding an inattentive driver.

Approximately 4,000 fatalities and 400,000 injuries are attributed to driver distraction every year in the U.S. Camera-based driver monitoring systems will be capable of simultaneously detecting the presence of children, pets, and disabled adults left behind in rearseats while also monitoring driver behavior.

A little camera and a little code could go a long way to saving lives and making driving safer for all. General Motors is actually in the vanguard of introducing camera-based driver monitoring technology – with its Super Cruise enhanced cruise control system on select Cadillacs. The Super Cruise system will allow Cadillac drivers to take their hands off the steering wheel while driving as long as the car is on a Super Cruise-compatible highway and the driver is paying attention to the road.

In essence, it may be time to mainstream driver monitoring systems. The only question remaining is will it take a mandate, or just good sense?