Something happened this morning that doesn’t happen too much any more: a new EDA company came out of stealth mode and announced its product line. The company is Invionics, and they are based in Vancouver BC. The CEO is Brad Quinton who largely funded the company himself, although with some grants from the Canadian government.… Read More 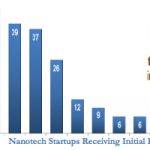 At the recent GSA Entrepreneurship Forumone of the panelists was Angel Orrantia of Innopartners who are trying a novel approach to funding startups in the semiconductor space and the surrounding ecosystem.

It seems things got started with an innovation center inside SK Hynix. Just in case you have forgotten, Hynix is the newish… Read More