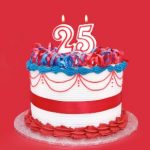 The most direct ancestor of Cadence was SDA (which might or might not have stood for Solomon Design Automation). SDA was founded by Jim Solomon in 1983. It turns out that a guy I shared an office with while we were both doing our PhDs in Edinburgh Scotland was one of … Read More