Does the Internet of Things need new Artificial Intelligence?
by Akeel Attar on 02-14-2016 at 12:00 pm
View Profile
View Forum Posts

Judging by the number of confusing posts, blogs and articles on this topic, anyone exploring the potential of what the IOT can deliver to their business/organisation can be forgiven for thinking that the IOT will need a new set of AI technologies to work correctly. Throw into the mix the hype that the IOT will need big data analytics… Read More

St. Francis Xavier said “Give me the child until he is seven and I’ll give you the man.” ARM is not going for them quite that young but this week they announced their “lab in a box” for participating universities worldwide. It is actually a joint launch between the ARM University Program (which is not new)… Read More 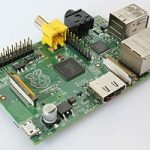 Broadcom has designed an impressive SOC named the BCM2835 with the following integrated features:

The British chaps at Raspberry Pi have created a $35.00 Linux-based computer based on the Broadcom BCM2835 chip that is tiny in size but big in utility:… Read More