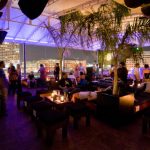 With the premier conference for semiconductor design enablement just around the corner I would like to take this time and space to talk about what is really happening at the #54DAC and that would be the parties! Granted the DAC parties are nothing like we used to have in the 1980s and the 1990s since we have matured as an industry but … Read More

When Atrenta celebrates with STM and CEA-Leti in Grenoble
by Eric Esteve on 07-01-2013 at 3:20 am
View Profile
View Forum Posts 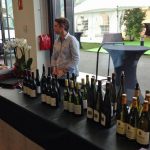 Grenoble is French city well-known within the Semiconductor industry to be one of the last location counting wafer fabs, not only in France but in fact in Europe. Back in the 70’s, under French government impulse, through the Commisariat à l’Energie Atomique (CEA) and the LETI subsidiary in charge of Electronic related research,… Read More