The letter from the San Francisco Municipal Transportation Authority (SFMTA) to the National Highway Traffic Safety Administration (NHTSA) shines a bright spotlight on a major weakness of current automated vehicle technology – explainability. The letter is in reply to a request for comment from interested parties by NHTSA… Read More

Bouncing off the Walls – How Real-Time Radar is Accelerating the Development of Autonomous Vehicles
by Jeffrey Decker on 04-01-2021 at 6:00 am
View Profile
View Forum Posts

In the race to get people out of the driver’s seat, the developers of autonomous vehicles (AV) and advanced driving assistance systems (ADAS) have gone off road and into the virtual world.

Using simulation to design, train and validate the brains behind self-driving cars — the neural networks of sensors and systems that perceive… Read More 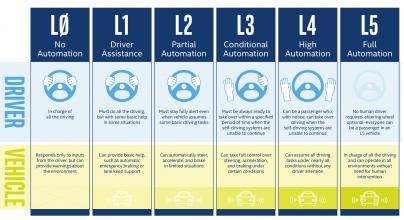 The timelines proposed by automobile manufacturers for enabling fully autonomous driving are extremely aggressive. At the recent DAC55 conference in San Francisco, I attended a panel discussion on Functional Safety issues for assisted and autonomous driving, sponsored by Mentor Graphics. I also had the opportunity to chat… Read More

George Hotz, founder of Comma.ai told the world at TechCrunch that he was going to ship a $999 aftermarket autopilot system – the Comma One. The smartphone-sized device was designed to replace the rearview mirror enabling an automated driving experience in appropriately equipped cars – initially certain Acura and Honda models.… Read More

Donald Trump says he has a secret plan for defeating ISIS in Syria, but says it would be self-defeating to share that plan with the American electorate and, presumably, ISIS itself. Administrator Mark Rosekind says the National Highway Traffic Safety Administration has a plan for reducing highway fatalities to zero in the U.S.,… Read More