On July 30, 2020, NASA launched the Mars 2020 Perseverance rover, which is scheduled to land today. Perseverance has been deployed to Mars with a new mission: to search for evidence of past life and collect samples that will eventually be brought back to Earth by future missions.

Back When We Loved Discovery
As anyone who reads and follows my blog posts will know, I’m a believer in innovation. It’s what drives my passion for the Internet of Things. That interest started when I was an “Apollo” kid during the 1960’s and 1970’s. Those decades offered a very different landscape for creativity, exploration and… Read More

The National Transportation Safety Board’s entry into the investigation of the first fatal crash of a Tesla Model S is a monumental turning point in the autonomous driving movement. While long-time observers of the NTSB note that it only gets involved in investigations where broader implications exist, the agency’s interest… Read More 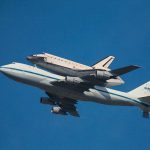 I drove down from San Francisco, where I live, to Silicon Valley this morning. Something odd was going on. As I approached San Francisco Airport there were a couple of buildings with lots of people standing on the roof. As I got further south, the bridges over the freeway all had lots of people just milling around. It was when I got to … Read More