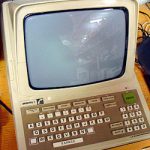 When I first came to the US, one project that we had going on at VLSI Technology was an ASIC design being done by a French company called Telic. The chip would go into something called “Minitel” which the France Telecom (actually still the PTT since post and telecomunications had not yet been separated) planned to supply… Read More