One of my favorite events is just around the corner and that is the TSMC OIP Ecosystem Forum and it’s at my favorite Silicon Valley venue the Santa Clara Convention Center. Nobody knows more about the inner workings of the ecosystem than TSMC so this is the premier semiconductor collaboration event, absolutely.

One of my favorite pastimes is listening to the quarterly investor calls of the leading semiconductor companies. I can then match up the talking points with the calls I do with Wall Street, the conferences I attend, and the other data points I have collected while working inside the fabless semiconductor ecosystem for more than … Read More

One of the benefits of administering a leading semiconductor design enablement portal is that I get to see the traffic patterns then try and figure out what’s behind them. For example, a Cupertino domain has been reading all of our automotive content very thoroughly. We also get hits by Google.com, Amazon.com, and dozens of other… Read More 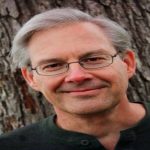 A small blurb last week announced that Apple had hired Jim Mergard away from Samsung after just 15 months on the job. Previously to that he was a 16-year AMD veteran who headed up their low power x86 Brazos processor team. In near synchronicity, AMD hired Famed Apple Designer Jim Keller to be its chief microprocessor architect. When… Read More