Apple Strength Will Compel ARM to Trim its Sails
by Ed McKernan on 08-03-2011 at 7:00 pm
View Profile
View Forum Posts 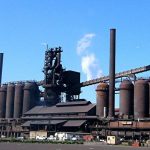 ARM’s move into the broad Tablet and PC space is based on lining up as many partners as possible to attack Intel from multiple angles. It’s a strategy not so different from what Intel employed in the early PC days. However, the strategy is unraveling as Apple and Samsung have reached market share domination without ARM’s merchant… Read More