More Than Moore and Charting the Path Beyond 3nm
by Kalar Rajendiran on 12-22-2021 at 10:00 am
View Profile
View Forum Posts

The incredible growth that the semiconductor industry has enjoyed over the last several decades is attributed to Moore’s Law. While no one argues that point, there is also industry wide acknowledgment that Moore’s Law started slowing down around the 7nm process node. While die-size reductions still scale, performance jumps… Read More

Based on what I’m seeing, I believe Cadence is looking at the world a bit differently these days. I first reported about their approach to machine learning for EDA in March, and then there was their white paper about Intelligent System Design in April. It’s now May, and Cadence is shaking things up again with a new white paper entitled… Read More

WarpStor, the Data Tardis: Small on the Outside, Large on the Inside
by Paul McLellan on 05-28-2015 at 7:00 am
View Profile
View Forum Posts 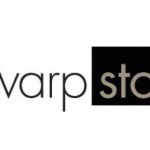 There is a data explosion: