UBER car accident: Verifying more of the same versus the long-tail cases
by Moshe Zalcberg on 05-21-2018 at 12:00 pm
View Profile
View Forum Posts 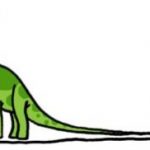 The recent fatal accident involving an UBER autonomous car, was reportedly not caused – as initially assumed – by a failure of the many sensors on the car to recognize the cyclist. It was instead caused by a failure of the software to take the right decision in regard to that “object”. The system apparently… Read More