Register / Log In
Guests have limited access.
Join our community today!
You are currently viewing SemiWiki as a guest which gives you limited access to the site. To view blog comments and experience other SemiWiki features you must be a registered member. Registration is fast, simple, and absolutely free so please, join our community today!
Webinar: OCV and Timing Closure Sign-off by Silvaco on Oct 10 at 10AM
by Daniel Nenni on 10-01-2019 at 10:00 am
View Profile
View Forum Posts 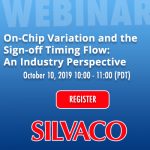 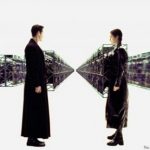 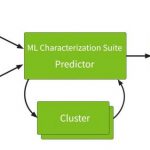 Standard cell, memory, and I/O library characterization is a necessary, but time-consuming, resource intensive, and error-prone process. With the added complexity of advanced and low power manufacturing processes, fast and accurate statistical and non-statistical characterization is challenging, creating the need … Read More 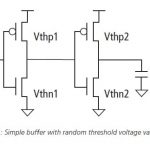 Variation is still the tough nut to crack for advanced process nodes. The familiar refrain of lower operating voltages and higher performance requirements make process variation an extremely important design consideration. As far back as the early 2000’s design teams have been looking for a better approach to model variation… Read More

A Better Way for Analog Designers to Perform Variation Analysis
by Tom Dillinger on 04-18-2016 at 7:00 am
View Profile
View Forum Posts 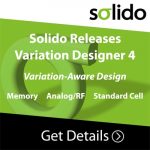 The impact of process variation at advanced nodes is increasing — no surprise there. In recent years, the principal design emphasis to better reflect this variation has been the adoption of two new methodologies: (1) advanced on-chip variation (AOCV, as well as POCV/LVF) for digital static timing analysis, and (2) advanced… Read More 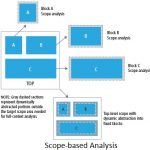 The semiconductor design sizes, these days, can easily be of the order of several hundred millions of cells, adding into the complexity of verification. Amid ever growing design sizes, it’s a must that the timing verification is done accurately. Normally Static Timing Analysis (STA) is done to check whether all clocks and signals… Read More