Learn About Silvaco’s AMBA AHB Subsystems and How to Customize, Secure, and Verify

AMBA is a set of interconnect specifications that standardizes on chip communication mechanisms between various functional blocks (or IP) for building SOC designs. Silvaco’s AMBA AHB subsystems provide the basic interconnect and functional

Microprocessor vendors such as Andes have been saying for some time that security requires extensive hardware support. In particular, embedded processors in intelligent sensors inside IoT chips are now popular targets for hackers, who find it easy to change the program code and system parameters to alter the operation of the… Read More 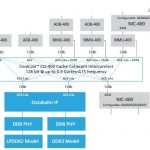 Now a day, a SoC can be highly complex, having 100s of IPs performing various functionalities along with multi-core CPUs on it. Managing power, performance and area of the overall semiconductor design in the SoC becomes an extremely challenging task. Even if the IPs and various design blocks are highly optimized within themselves,… Read More