A Versatile Design Platform with Multi-Language APIs
by Pawan Fangaria on 04-19-2016 at 7:00 am
View Profile
View Forum Posts

In one of my whitepapers “SoCs in New Context – Look beyond PPA”, I had mentioned about several considerations which have become very important in addition to power, performance, and area (PPA) of an SoC. This whitepaper was also posted in parts as blogs on Semiwiki (links are mentioned below). Two important… Read More 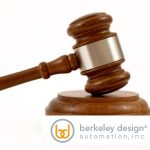 Cadence has brought a suit against Berkeley Design Automation for, as far as I can see, integrating their AFS circuit simulator with the Virtuoso Analog Design Environment (ADE) without using the (licensed) Oasis product. Since BDA is (actually was) a member of the Cadence Connections program, they have to abide by the contract… Read More