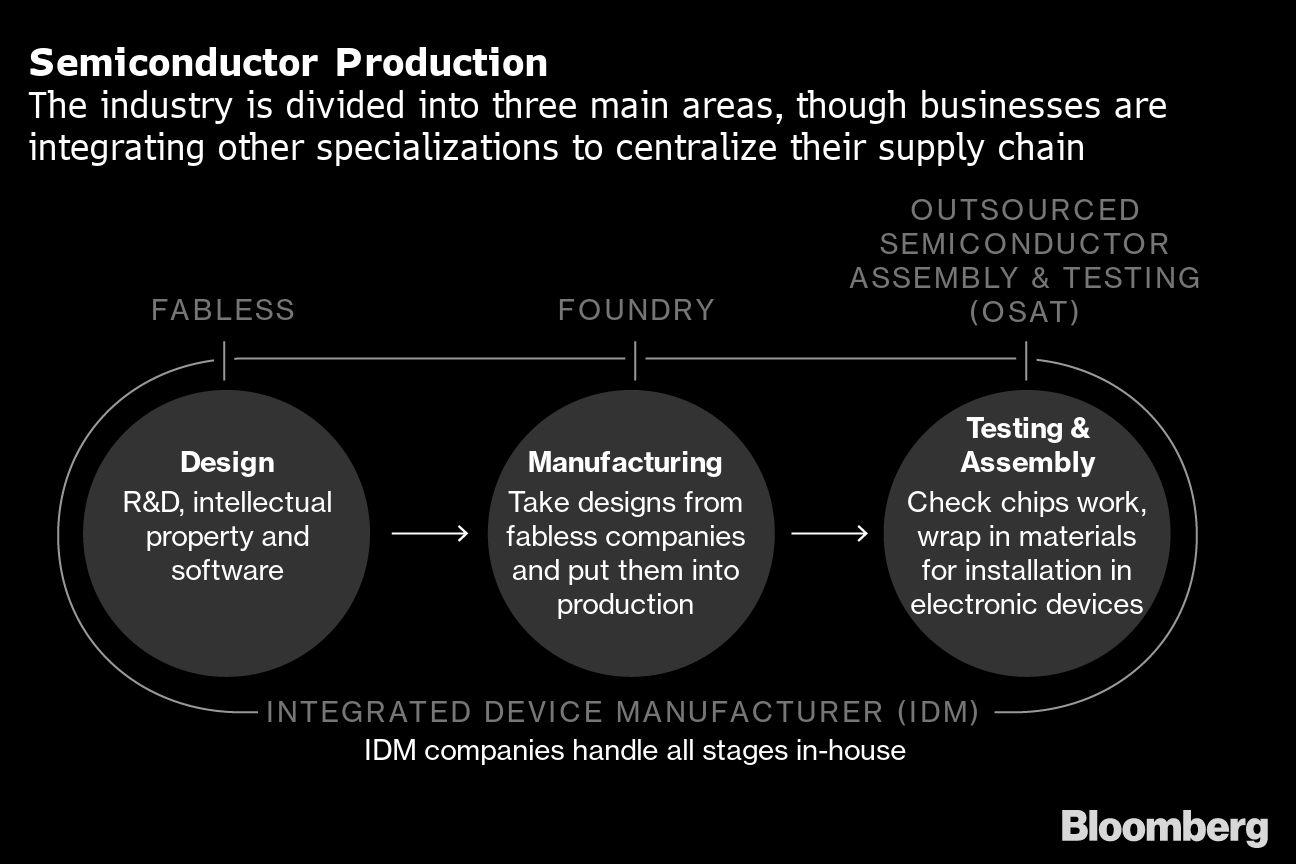 (Bloomberg) -- As China pushes the world to avoid official dealings with Taiwan, leaders across the globe are realizing just how dependent they’ve become on the island democracy.Taiwan, which China regards as a province, is being courted for its capacity to make leading-edge computer chips...

Have they always been sensationalizing or is this something new?
P

Silicon shield is real. It was the case with Israel against boycotts and sanctions as well as Taiwan's independence. In an ideal world manufacturing would be in more stable regions but not enough people there that will do those jobs.

In a conventional war Taiwan has more of a chance of winning a conflict than given credit for. It would be dependent of how effective the lehat missile would be shooting down fighter aircraft as well as missile defense. If both would work well enough China would have problems.
C

Side note on Japan, the Japanese automakers look really vulnerable to me.
H

(Bloomberg) -- As China pushes the world to avoid official dealings with Taiwan, leaders across the globe are realizing just how dependent they’ve become on the island democracy.Taiwan, which China regards as a province, is being courted for its capacity to make leading-edge computer chips...

Have they always been sensationalizing or is this something new?
Click to expand...

Could you elaborate where you see the misinformation?
S

horscht(i) said:
Could you elaborate where you see the misinformation?
Click to expand...

Bloomberg - Are you a robot?

" Because of carmakers’ “just-in-time” manufacturing model, their suppliers worried about quick inventory buildups and canceled orders originally planned for foundries in the first half of 2020, the people said. At the same time, foundries began seeing a surge in demand for gadget chips after Apple Inc., Samsung Electronics Co. and Chinese brands prepped an avalanche of 5G devices including the iPhone 12, which require as much as 40% more silicon content as 4G handsets.One contract chipmaker notified all its customers in the third quarter that it might be time for them to place more orders as it anticipated a rebound in demand, but automotive clients demurred and ended up being the last ones to seek more capacity, one of the people said."

Not sure if its misinformation but auto makers did this to themselves. its really not even a Taiwan (TSMC) problem.

having say that...there's a needs for another foundry like TSMC
H

I agree that the current crisis in the automotive market can - for the most part - be attributed to the different logics of automotive procurement versus semicon wafer capacity and need for utilization. Absolutely.
The article Danni posted does not seem to assign guilt to TSMC, though. It just points out that TSMC capabilities are a highly critical resource to everyone on this planet.

Conclusion: Yes, a second foundry with "TSMCish" capabilities is needed. In this respect, having TSMC build a fab in the US might well be the one positive policy during the Trump administration.

horscht(i) said:
Could you elaborate where you see the misinformation?
Click to expand...

"Taiwan’s role in the world economy largely existed below the radar, until it came to recent prominence as the auto industry suffered shortfalls in chips used for everything from parking sensors to reducing emissions. With carmakers including Germany’s Volkswagen AG, Ford Motor Co. of the U.S. and Japan’s Toyota Motor Corp. forced to halt production and idle plants, Taiwan’s importance has suddenly become too big to ignore."

The world has been dependent on Taiwan for foundry based logic wafers for may years so how is this below the radar and why is this suddenly a "dangerous situation"? This is chicken little journalism, pure and simple.

And notice that Tesla is not on the list even though they have a very high chip content. The semiconductor industry started the transition from 8" wafers to the more cost effective 12" wafers at .13micron. Unfortunately old school automotive did not get that memo and still use mature nodes. Tesla and the other leading edge automotive companies are buying 12" wafers. Just another reason Tesla is disrupting the automotive dinosaurs and for that the semiconductor industry should be grateful!
You must log in or register to reply here.
Share:
Facebook Twitter Reddit Pinterest Tumblr WhatsApp Email Share Link
Top