The Chip that Changed the World

Staff member
The Intel 4004 microprocessor set the foundation for computing – and touched every life on the planet. 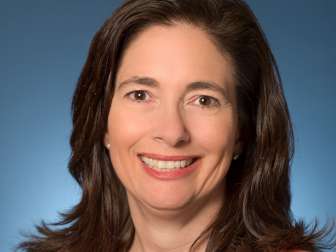 “You won’t always have a calculator in your pocket, work it out.”

If you were born during the first three-quarters of the 20th century when a digital pocket calculator was a thing of science fiction, you are probably familiar with the phrase. In 2021, however, it would be rare to hear, even in a classroom. Today, most of us carry a calculator in our pocket. We also carry a phone, a camera, an MP4 player, a live mapping system … I could go on.

Most of us take each of these tools for granted. But you wouldn’t have any of them without the Intel® 4004 – the first commercially available microprocessor – and the technological evolution it sparked over the next half-century.

Today, microprocessors maintain the power grid during extreme weather, helping eliminate blackouts and keeping the heat on. Packaged in a backpack, they manage artificial intelligence to help visually impaired people navigate the world, avoiding obstacles and safely maneuvering crosswalks. And they translate facial expressions into real-time wheelchair commands, providing autonomy regardless of an individual’s physical limitations.

More: The Chip that Changed the World (Editorial) | The Intel 4004 (Press Kit)

And it all started with a calculator. In 1969, Japanese manufacturer Nippon Calculating Machine Corp. approached Intel to design a set of integrated circuits for its engineering prototype calculator, the Busicom 141-PF. Original plans called for 12 custom chips, but Intel employees Marcian “Ted” Hoff, Stan Mazor and Federico Faggin adapted the design into a set of four chips, including the 4004 central processing unit (CPU), which was officially unveiled in November 1971.

Prior to the fingernail-size 4004 microprocessor, the only way to achieve the equivalent processing power was with computers that filled entire rooms – hardly practical or an effective use of space.

“It's a story of shrinking things,” says Intel Senior Fellow Genevieve Bell. “And as you shrink them, you increase the potential of the places that they can go and the things that they can pass.”

The 4004 was only the beginning – a slow beginning. Once Intel engineers showed how the central processing unit could be used, developers built its legacy, each playing a role in reducing chip size and exponentially improving computing power.

“The 4004 was so revolutionary that it took about five years for Intel to educate engineers about how to build new products based on microprocessors,” says co-inventor Mazor. “Intel was ultimately very successful in this endeavor, and the rest is history.”

“Very successful” may be among the greatest of understatements.

In 2021, the microprocessor is ingrained in almost every aspect of daily life for people around the globe. Laptops. Smartphones. Gaming computers. Connected smart devices. Microprocessor technology, sparked by the Intel 4004, allows us to stay connected with friends, family and co-workers during a pandemic, to remove geographical barriers and to supercharge our leisure time.

And it’s gone far beyond that. Take the COVID-19 pandemic as an example.

All of that goodness? You guessed it: It’s all based on microprocessor technology that flexes as different needs arise.

“The direction of progress has not always been obvious,” Faggin says. “The capabilities of, for example, having a microprocessor of incredible capacity as a hearing aid, was not obvious in 1971.” But it is today.

While the 4004 ushered in the modern computing era through the design and production of the first commercially available CPU for a desktop calculator, the latest 12th Gen Intel® Core™ and 3rd Gen Intel® Xeon® Scalable processors provide architectures that facilitate your entertainment, work, artificial intelligence, cloud computing, 5G communications and edge capabilities. They optimize processing and arrive as silicon capable of running applications from your desktop, your laptop, the cloud, the edge or your pocket.

Today, we have so much more than a calculator in our pocket – thanks to the Intel 4004.