It looks like there may be a pathway to desktop room-temperature quantum computing, but only time will tell. It looks like the project is well enough along we will know for sure if the technology works in the real world in a year or two. If so this development could be a real game changer. Any thoughts or comments are appreciated. 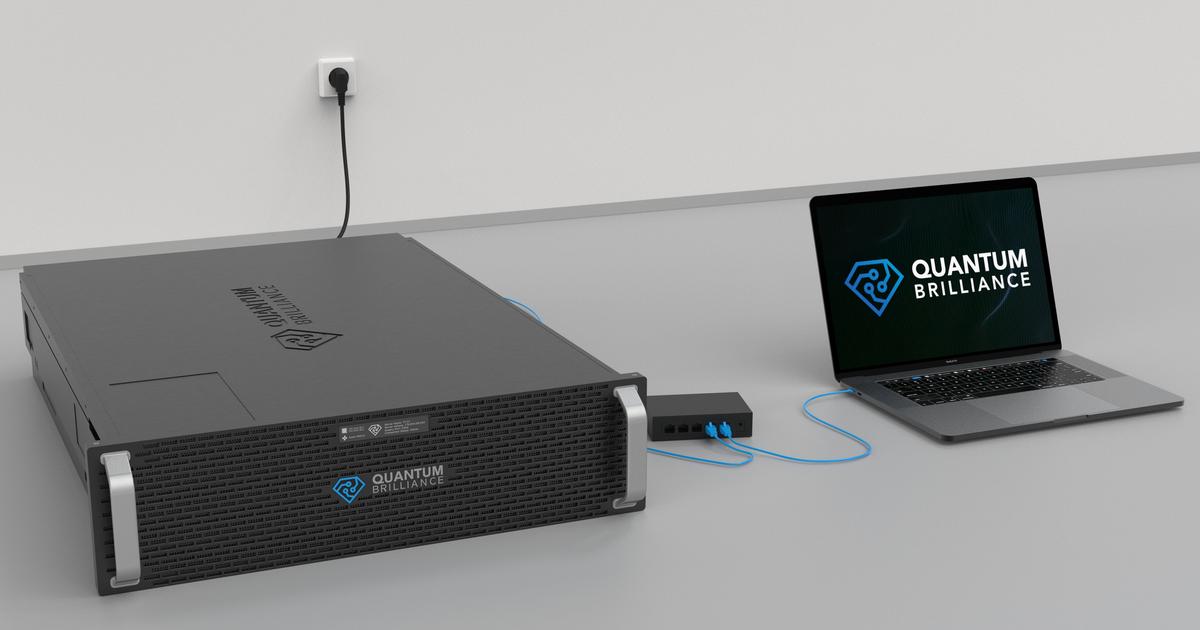 So, I went on a bit of a internet trip for understanding the potential of NV center based QCs. My understanding is that these processors could scale in the number of qubits but they won't offer the speedup of universal quantum computers. This is because the NV center spins (see schematic on right side of 3rd image in the article) are entangled by dipolar coupling which decreases very rapidly with distance between spins. On a side note, every physics student learns the magnificent 2D Ising model which describes such systems quite well, so for those coming from that background this limitation of NV spins is immediately apparent. Coming back to the topic, if Quantum Brilliance manage to make a chip with 50 qubits, all 50 of them will not be entangled as one can entangle, for example, ion traps.

They admit this limitation but by providing a 'brilliant' marketing 'spin' to the matter:
"Quantum Brilliance’s goal is to build quantum accelerators containing >50 qubits that outperform CPUs/GPUs of comparable size, weight and power in important applications within the next 5 years."
- Quote from their white paper

We know that with 53 qubits Google showed quantum advantage by performing a computation that would take several days for the worlds largest supercomputer consisting of thousands of CPUs and GPUs. Then, why are Quantum Brilliance targeting a seemingly pedestrian target of just beating a single 3-slot GPU with comparable number of qubits? Its because their qubits will not be entangled with each other to the extent that Google's are. Of course, their QCs will offer some speedup for certain tasks of limited size which may well turn out to have commercial applications, but this is not the promised universal quantum computing land the industry is looking for. Think of them as a desktop version of D-Wave's system in terms of entanglement performance.
L

A dedicated software solution business can assist companies like https://mlsdev.com to tap the highest possible potential of mobile software at their fingertips, delivering customized business solutions that are designed to meet the unique needs of each individual enterprise. This article is a thorough guide to understand the nitty gritty of custom software development to learn what each stage of development such as app development, testing, integration and maintenance is and how it differs from traditional on-premise software development. The purpose of this article is to give an overview of what a dedicated software development company does to help businesses gain advantage by leveraging the best in mobile application technology. So, let us get started.
Last edited: Sep 30, 2021
You must log in or register to reply here.
Share:
Facebook Twitter Reddit Pinterest Tumblr WhatsApp Email Share Link
Top