Staff member
An advisor to many and a friend to all. He will be missed. We were very fortunate to have him on one of our first podcasts where he talked about his life experience and contributions to the semiconductor industry. I had the honor of working with Jim on many different projects over the years. His music, philanthropy, Jim is a legend, absolutely.

Dan and Mike are joined by industry luminary Jim Hogan. In a rare interview, Jim talks about his life - how he got into semiconductors, EDA and venture investing. Jim's time at Cadence as well as his work at ARM are explored. Jim also provides a concise and informative overview of how venture... 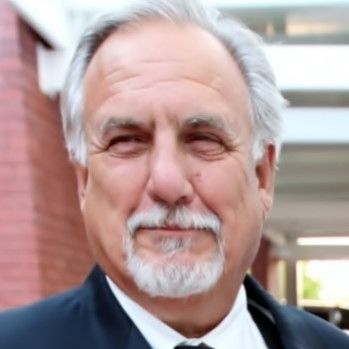 He certainly touched my life, and so many others. A bigger-than-life personality with an even bigger heart. Rest in peace my friend.
R

Jim's passing came as a shock. We had chatted about a month ago after a long time and as was typical, he was in good spirits. He said he was enjoying his current stage in life. As was typical, we chatted about the various projects that were driving his interests, and he was looking forward to a post-Covid world. At the time, we had known each other for over 20 years and had an easy friendly relationship. When I joined Cadence in the late 1990s, he was introduced to me as one of the two people (with Jim Solomon) most responsible for Cadence's Analog franchise. Over the years, we worked on many projects together, shared the "road trips" through Japan/Korea, and there were many deals. All of specifics tend to fade, but what one remembers is a person who was willing to be bold, inquisitive, and generous at heart. He will be missed.

Friends and Colleagues,
I just learned today about the passing of James H. Hogan. He passed away suddenly on Feb 27, 2021 from a heart attack. Jim was many things to many people – an industry luminary, an investor who loved working with startups, a career coach, a board member, and a trusted advisor. But he was so much more. He was a husband, father, a brother, and a grandfather. But he was so much more. He was a writer, a poet, and a musician. But even more than that, he was, is, and always will be remembered for just being a good and decent man with a big heart, and a good, good friend. Love you Jim! Rest in Peace my brother

Today I learned that Jim Hogan passed away and my heart is broken. Like many, I have known Jim for a long time. He was a positive spirit and trusted advisor. He had an incredible impact on so many people over the years. There really are no words that can adequately express what I'm feeling. We are all going to miss him dearly. In the meantime, I'm going to celebrate Jim and all he has done. Thank you Jim.

My condolences to Jim Hogan and IP/ EDA/ Semiconductor industry for his passing away. Jim was an intelligent, fun, talented, supportive, and a kind man. We all are going to miss him.

I sadly learned this morning that Jim Hogan has passed away. Jim was one of the cornerstones of the EDA/Semi industries, with executive positions at Cadence, Artisan and many other companies. Most recently, Jim was involved in investing and advising to many successful EDA startups, personally as well as part of the BoD at Silicon Catalyst.

Our paths crossed a few years ago and we have been in very frequent contact since. Jim was always very generous with his time and wisdom, and very good in connecting to people and connecting different people-at the personal/family and professional domains.

On a call we had just last week, he said how important it is to fuel the #semiconductor eco-system with new and disruptive ideas.

Out of his passion to new ideas and challenging the status-quo, he has also promptly accepted to chair a special session I am organizing for the upcoming DAC.
He was also very interested in Israeli technology and was looking forward for an opportunity and possibility to visit the country again.

They broke the mold when they made you... Rest in peace uncle Jim.

I am so grateful my son got to meet you. There are so many of us who's lives you have touched and we will make sure your name and legacy lives on.

With the passing of James H Hogan the world has become a darker place. Breker Verification Systems has lost a treasured Board member and we have lost a beloved friend.

There are no words to describe the depth of kindness and generosity he exuded, and the selfless guidance he provided to us.

His achievements are too many to count, but his biggest legacy is the decency of his heart.

Jim, we will miss so much about you but mostly how you left us feeling after each and every encounter.

May your soul be in eternal peace.

Such sad news today regarding the passing of Jim Hogan - I feel lucky to have really enjoyed Jim's life experience in semiconductors as he explained it when he was your guest on EP3 - such great insights into Cadence / Arm and his time as a venture capital Fund manager - many thanks to you for bringing that to all of us out here. I'm sure he will be greatly missed though feel sure his contributions will provide ongoing long term legacy benefits.

This is such a sad day. The industry just lost a great man and an even larger loss to his family and friends. Way too soon. As with many, Jim was such a positive influence on me while working at Cadence and we always kept in touch. Every time we talked we spent more time sharing our hot rod projects than business. He and I were just catching up a couple weeks ago and he pointed out it had been a year since Randy Smith passed, and we had not gotten together to have a celebration of life for him. We decided we had to have one at his place, and that August would probably be the soonest we could do it (ironically he had just gotten his first dose of the COVID vaccine). Now we need to have two. Godspeed buddy.

I was shocked and saddened to hear that Jim Hogan passed away yesterday. Jim was one of the bright lights of the industry. Jim helped make companies like Cadence, Artisan, and so many others successful. More importantly, he wanted to give back to the industry that made him successful. Jim was one of the few who invested in the industry during the lean years when few others would. He was generous with his time and experience helping to mentor others in the industry. He was the epitome of what success should look like.

Jim was involved in countless companies, advising many and funding some. I met him through his involvement in many of the industry organizations we both worked with. He was instrumental in guiding the industry. More importantly, he was always happy to listen, talk, and share his experiences. He was the caring heart of the industry and one of my inspirations.

It was almost exactly a year ago at DVCon 2020 when we last met in person. I just chatted with him last month. He was in good spirits as usual. We had made plans to meet after the pandemic for coffee.

Jim's passing is more than a loss of an entrepreneur and a mentor for us. We've all lost a dear friend.

Staff member
I am deeply saddened to learn of the passing of Jim (James) Hogan James H Hogan. He was a dear friend to me, and an inspiration to many of us. He was a family first kind of man, and an unstoppable force professionally, compassionate about helping others succeed. SJSU lost one of our greats today, he will be deeply missed.

Jim was a private investor and SJSU alum of the College of Science; BA in mathematics, a BS in computer science and an MBA.

He worked in the semiconductor design and manufacturing industry for more than 45 years, gaining experience as a senior executive and board director in electronic design automation, intellectual property, semiconductor equipment, material science and IT companies. He was a general partner at Telos Venture Partners and senior vice president of business development at Artisan Components Inc., now part of ARM Holdings PLC. Hogan held executive engineering, marketing and operational management positions at Cadence Design Systems, Inc., National Semiconductor Corporation (TI) and Phillips Semiconductor (NXP). He actively served on several private companies’ board of directors. Additionally, he served as a strategic advisor to several private and public companies.

Jim was so much more. His wife Lisa, children and family are in my prayers.