Staff member
- Signals the shift from a transistor game to an architecture game
- Groq to reveal architecture to partners and customers during Supercomputing in Denver, Nov 17-21

MOUNTAIN VIEW, California, Nov. 14, 2019 /PRNewswire/ -- Groq – the fast growing start-up, inventor of the Tensor Streaming Processor (TSP) architecture and new class of compute – today announced that its new Tensor Streaming Processor (TSP) architecture is capable of 1 PetaOp/s performance on a single chip implementation. The Groq architecture is the first in the world to achieve this level of performance, which is equivalent to one quadrillion operations per second, or 1e15 ops/s. Groq's architecture is also capable of up to 250 trillion floating-point operations per second (FLOPS). 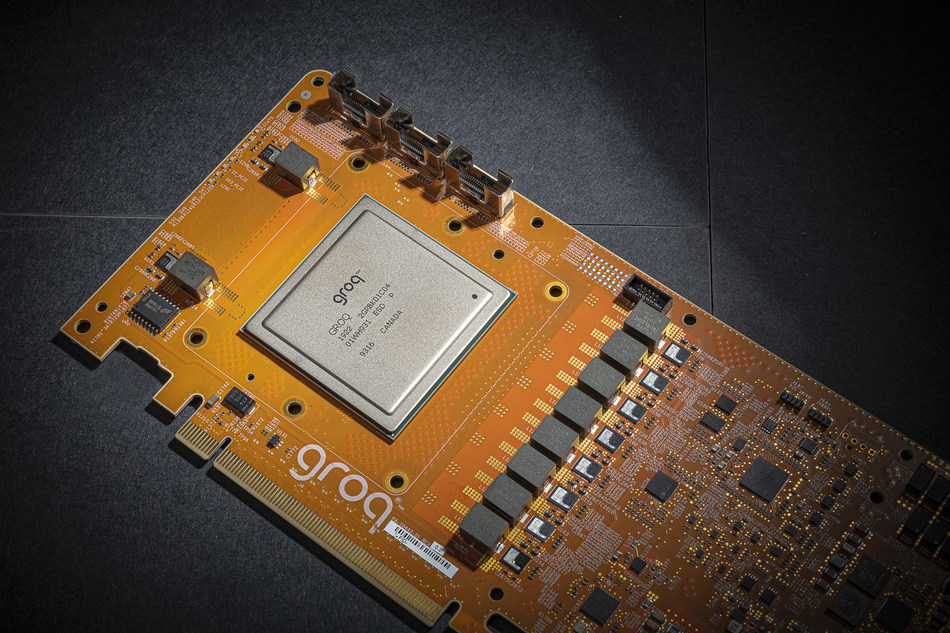 Groq's PetaOp-capable architecture was used to create the Tensor Streaming Processor shown on this PCIe board which is currently being tested by customers
"We are excited for the industry and our customers," said Jonathan Ross, Groq's co-founder and CEO. "Top GPU companies have been telling customers that they'd hoped to be able to deliver one PetaOp/s performance within the next few years; Groq is announcing it today, and in doing so setting a new performance standard. The Groq architecture is many multiples faster than anything else available for inference, in terms of both low latency and inferences per second. Our customer interactions confirm that. We had first silicon back, first-day power-on, programs running in the first week, sampled to partners and customers in under six weeks, with A0 silicon going into production."

Inspired by a software-first mindset, Groq's TSP architecture provides a new paradigm for achieving both compute flexibility and massive parallelism without synchronization overhead of traditional GPU and CPU architectures. Groq's architecture can support both traditional and new machine learning models, and is currently in operation on customer sites in both x86 and non-x86 systems.

"Groq's solution is ideal for deep learning inference processing for a wide range of applications," said Dennis Abts, Chief Architect at Groq, "but even beyond that massive opportunity, the Groq solution is designed for a broad class of workloads. Its performance, coupled with its simplicity, makes it an ideal platform for any high-performance, data- or compute-intensive workload."