According to our report entitled "Applied Materials: Competing Analysis of Serve Markets," Table 1 shows that AMAT's QoQ revenues grew 15.7%, moving the company back to the number 1 position after losing its lead to ASML in 2019.

Chart 1 shows market share for the top five companies. Here we are able to discern the share growth of the top WFE equipment company between 2015 and 2020. ASML, the market share leader in 2019, was impacted by QoQ revenue growth of -49.6% in Q1 2020. 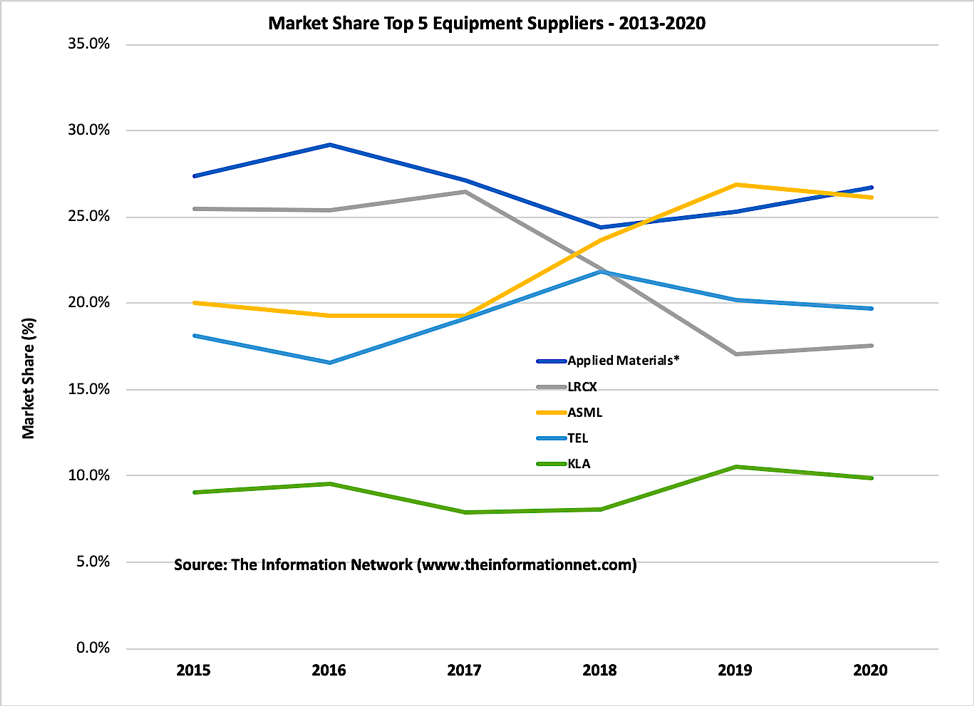 
AMAT was able to beat its guidance because of robust equipment purchases from Samsung (OTC:SSNLF) and SK Hynix (OTC:HXSCL) in late 2020 and in January 2021, the three months of AMAT's fiscal quarter. For example:

Deposition purchases in December 2020 were up 212% MoM

Deposition purchases in November 2020 were up 4% MoM

For 2021, I see continued strong spend in foundries as a result of competition between Samsung and TSMC for leadership in the foundry sector. TSMC, the world's largest contract chipmaker, said in early 2021 it expected to spend between $25 billion to $28 billion in 2021 to make advanced chips. As a result, capex spend from foundries will continue to be strong.

In the memory sector, DRAM capex will be flat YoY as the memory companies move to into a demand-driven cycle from solid PC, 5G smartphone, and data server growth.