By way of background, in 2017, private equity firm KKR & Co Inc. bought Hitachi Kokusai's (itself a subsidiary of Hitachi) semiconductor equipment division, becoming Kokusai Electric. In 2019, Applied Materials announced that it would acquire Kokusai Electric from KKR for US$2.2 billion. The deal required regulatory approval in China, Ireland, Israel, Japan, and Korea but not in the U.S.


This two-year interval between when KKR bought Kokusai (2017) and when AMAT agreed to buy the company (2019) is SIGNIFICANT. In the interim, KKR tried selling the company to Japanese equipment manufacturers. According to an article in NikkeiAsia:

“KKR has had difficulty finding a buyer for Kokusai Electric amid the recent downturn in the semiconductor industry. Japanese players showed interest but were deterred by a potentially high purchase price and the prospect of a review by competition authorities.”
Click to expand...

Ireland, Israel, Japan, and Korea approved within two quarters. China did not. That inaction two months later prompted me to write the May 25, 2020 article detailed above.

The approval deadline by China kept being extended by three months. The next expired on December 30, 2020.

In desperation in December, AMAT raised its offer to acquire Kokusai Electric Corp. from $2.2B to $3.5B. Another deadline was extended to March 26, 2021. That came and went without approval. Now, AMAT must pay KKR a $154 million termination fee for the failed deal.

This article discusses why AMAT would be willing to pay $2.2 billion for a company that Japanese peers deemed too expensive, and then nearly doubled to purchase price to $3.5 billion!

It also presents reasoning as to why China regulators didn’t approve the AMAT deal when in the same week, these same regulators approved the Marvell Technology Group acquisition of Inphi Corporation.

Table 1 shows the sector share of the major product lines from Kokusai, compared with that of Applied Materials. The focal point of AMAT’s interest is Kokusai’s 27% share of the $2 billion tube/non-tube LPCVD market, compared to just 5% for AMAT. Kokusai led the tube LPCVD sector just as it did the $600 million oxidation/diffusion sector in 2019, according to The Information Network's report entitled "Global Semiconductor Equipment: Markets, Market Share, Market Forecasts."

Table 1 also shows competitor’s Lam Research (LRCX) and Tokyo Electron (TOLEY). In the LPCVD sector, the acquisition of Kokusai would have propelled into the #2 position behind Tokyo Electron and ahead of arch enemy LRCX.

In the oxidation/diffusion sector, the acquisition would have propelled AMAT to the #1 position ahead of TEL. Kokusai’s vertical diffusion furnaces, which are mainly used by DRAM and NAND vendor, would also have increased AMAT's presence in the memory market, a strong sector for LRCX.

AMAT needed this acquisition, because by relying only on organic growth, its share of he global semiconductor market has flatlined since new management came over from VSEA in 2013. Table 2 shows AMAT’s share of the overall global semiconductor equipment market between 2013 and 2019. AMAT’s share reached a high of 18.8% in 2016 before decreasing in 2017 and 2018 before increasing slightly in 2019.

In 2020, the Share of Total Equipment increased to 17.2% and AMAT moved back to the #1 position after losing that status to ASML in 2019. Incidentlly, AMAT’s share was the same in 2020 as it was in 2013, the first year of AMAT's current management, and lower than 2015-2017. This is significant. In seven years of running Applied Materials, the company's share of the global equipment market has not grown.


Chart 1 shows a graphic description of the data in Table 2. It shows the share of equipment as reported (blue bars corresponding to data in Table 2) and what it would have been without revenue reprofiling (orange bars). It illustrates that without manipulation of revenue, AMAT's share would have dropped for three consecutive years (2017-2019). 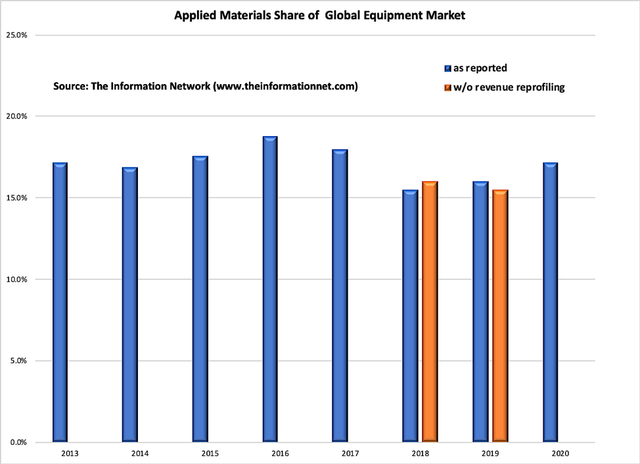 Chart 1 clearly shows to me, someone who has been analyzing Applied Materials and the rest of the semiconductor space since 1985, why AMAT would offer $2.2 billion for the acquisition, then nearly double it to $3.5 billion, for a company Japanese competitors felt overpriced at the initial price and it took KKR two years to find a buyer.

Why Did China Block The Acquisition?​

Sales of semiconductor equipment into China have been growing, which escalated in 2020, as shown in Chart 2. Data are for Q1-Q3 of 2020, and the Q3 data shows a pull in of equipment by China foundry SMIC in anticipation of the blockade of equipment to the company by the U.S. Government, according to The Information Network’s report entitled “Mainland China’s Semiconductor and Equipment Markets: Analysis and Manufacturing Trends.” 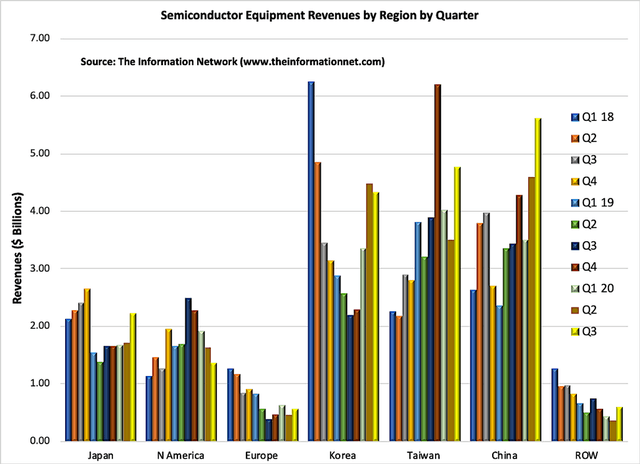 The data in Chart 2 was primarily for equipment imported into China from sales by global suppliers. And this illustrates the reason why China blocked the AMAT acquisition. China wants to start a domestic equipment industry and the acquisition served no purpose to China. In fact, it would have been detrimental to the development of China's home-grown equipment industry.


The acquisition would have meant is that AMAT would be promoting Kokusai's LPCVD and oxidation/diffusion equipment in China instead of an investment company. In particular, if we look back at Table 2, we see that Kokusai's share of the global equipment market was only 1.6% in 2013, growing to just 1.8% in 2019.

China's emerging equipment companies have been making progress to develop leading-edge equipment and extend its selling reach even outside China. For example,

However, China’s equipment industry is currently insignificant compared to global suppliers, as shown in Chart 2 – $0.2 billion in 2019 versus $13.3 billion for foreign suppliers. Enabling AMAT to promote Kokusai's equipment would be detrimental to China's equipment growth. 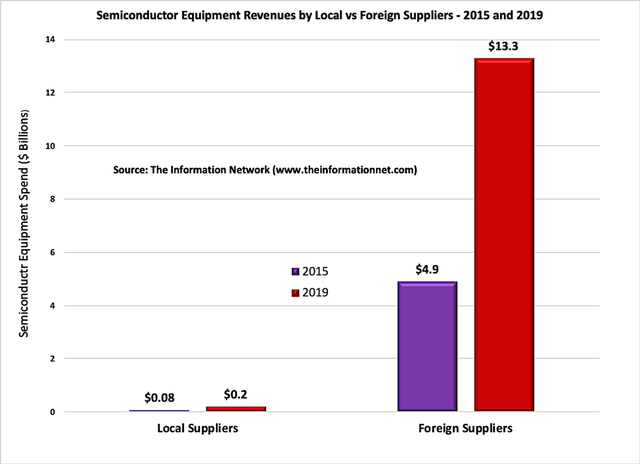 In the same week that China regulatory officials blocked the AMAT-Kokusai deal, they allowed the Marvell-Inphi deal. If my thesis is correct about unwanted expansion of foreign equipment suppliers into China to make way for the development and growth of a homegrown equipment industry, then the corollary would be that China wants these companies supplying chips. 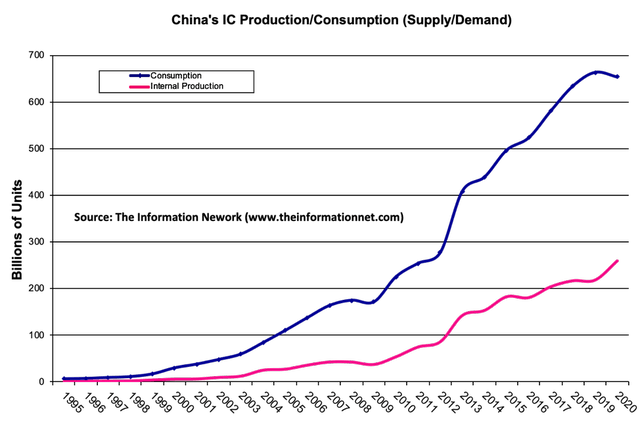 Table 4 shows revenues for Marvell and Inphi by application, illustrating the large proportion of revenues for ICs demanded by China’s wireless and cloud infrastructure.

China approved the Marvel-Inphi deal because it needs its chips to meet demand. In recent days:

This article addresses the defunct Applied Materials – Kokusai acquisition deal, detailing that AMAT needed the acquisition because of flatlined revenue share since 2013. I also discuss why Chinese regulators approved in the same week the Marvel – Inphi acquisition deal.

Political sabre rattling because of the China trade issue that morphed into a China technology embargo may have played a part, but that factor should have negatively impacted both deals, and it did not.