Andy Bryant is out as Intel Chairman

Staff member
Great news in my opinion. I don't know Omar but his creds look interesting: 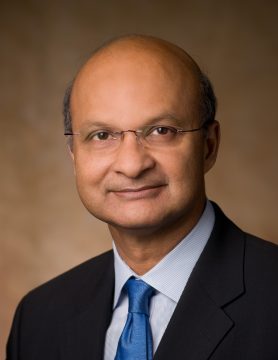 Dr. Omar Ishrak was elected to Intel’s board of directors in March 2017 and was named chairman of the board in January 2020.
He is the chairman and chief executive officer of Medtronic, a global leader in medical technology, and has served in that role since 2011. Prior to joining Medtronic, Dr. Ishrak spent 16 years in various roles with General Electric Co., most recently as president and chief executive officer of GE Healthcare Systems, a division of GE Healthcare. Dr. Ishrak is a member of the board of trustees of the Asia Society, which promotes mutual understanding and strengthening partnerships among peoples, leaders and institutions of Asia and the United States in a global context, and is also a member of the Minnesota Public Radio board of trustees. Dr. Ishrak earned a Bachelor of Science degree and a Ph.D. in electrical engineering from the University of London, King’s College.

SANTA CLARA, Calif.--(BUSINESS WIRE)--Intel Corporation announced today that at the company’s Jan. 15 board meeting Andy D. Bryant stepped down as chairman and the board elected lead independent director Dr. Omar Ishrak to succeed Bryant as an independent chairman, effective immediately. Intel also announced that Alyssa Henry was elected to Intel’s board. Her election marks the seventh new independent director added to Intel’s board since the beginning of 2016.

Bryant will remain on the board through the end of Intel’s 2020 annual stockholders’ meeting. He had previously notified the board in March 2019 that he did not intend to stand for re-election at this year’s meeting. Bryant made the decision to leave the role now in order to facilitate an effective transition.

“I want to thank and congratulate Andy for over seven years’ service as chairman of the board,” said Intel CEO Bob Swan. “Andy has been a rudder for Intel during a time of change and transformation. He has led the board with integrity and always with Intel’s best interest in mind.”

“It has been my great honor to serve as Intel chairman, and I plan to retire from the board in May with great optimism about Intel’s future,” Bryant said. “I have full confidence in Omar leading the board, which is fortunate to have his expertise at leading an innovative, global company. In addition, Alyssa’s wealth of senior leadership, cloud computing and emerging technologies experience further strengthens Intel’s board.”

Henry, 49, has served as seller lead for Square Inc. -- a provider of software, hardware and financial services for small businesses and individuals -- since 2014. She oversees global engineering, product management, design, sales, marketing, partnerships and support for Square’s seller-facing software and financial services products. Prior to Square, she served in various positions with Amazon.com Inc. from 2006 to 2014, including as vice president of Amazon Web Services Storage Services, where she led services including Amazon S3, Amazon EBS and Amazon Lambda; and as Amazon’s director of software development for ordering, with responsibility for Amazon’s ordering workflow software and databases. Before Amazon, Henry spent 12 years at Microsoft Corp. working on databases and data access technologies in a variety of engineering, program management and product unit management roles. Henry started her career as a developer in the financial services industry. She has served as a member of the board of directors of Unity Technologies, a privately held company, since December 2018.

Intel (NASDAQ: INTC), a leader in the semiconductor industry, is shaping the data-centric future with computing and communications technology that is the foundation of the world’s innovations. The company’s engineering expertise is helping address the world’s greatest challenges as well as helping secure, power and connect billions of devices and the infrastructure of the smart, connected world - from the cloud to the network to the edge and everything in between. Find more information about Intel at newsroom.intel.com and intel.com.

© Intel Corporation. Intel, the Intel logo, and other Intel marks are trademarks of Intel Corporation or its subsidiaries. Other names and brands may be claimed as the property of others.
P

Oregon struggles with staying authentic at the same time competitive. It's not just Bryant it's the professors at the universities etc. It's really a death of a clique.
R