AMD is set to become TSMC's biggest 7nm customer in 2020?

Staff member
Wow, the latest news on AMD. Even if it is true, which I doubt, I'm not sure why this is a good thing because the other big chip companies will be on 5nm. And wouldn't it be better if AMD was on 6nm since it outperforms 7nm? Confusing times in the media...

And how would this guy know anyway? Emu training?

By Isaiah Mayersen on January 4, 2020, 9:56 AM
Isaiah Mayersen is a Contributing Writer for TechSpot. After becoming fascinated with his friends' custom-built gaming PCs until he eventually constructed one himself, only to discover an extraordinary inadequacy of gaming ability. He's never met anyone who managed to accidently die as quickly as he did in his first run through of The Witcher 3. Despite this Isaiah has developed a fierce passion for gaming hardware that's shaped his career ever since. In his spare time, he loves to explore the Australian outback by bushwalking, rock climbing, bike riding, camping, fishing, and emu training. 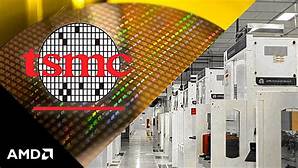