Staff member
I used to read Cringely's gossip columns in InfoWorld Magazine back in the 1980s. Excellent writer, very entertaining, and sometimes his predictions even came true. This time however I don't think so:

Readers have been asking me to comment on Apple’s decision, announced at last week’s World Wide Developers’ Conference, to start switching to Apple-designed ARM processors for its Macintosh computers. I usually don’t like to do second-day (or, in the case, second-week) stories unless I can add...

"When it comes to semiconductors, then, Apple has two possible moves with the first being designing its own chips. The second possible move, which should be Apple’s big announcement in 2022-23, is buying TSMC (Taiwan Semiconductor Manufacturing Company) -- the outfit that actually builds those ARM chips. TSMC also happens to be the best semiconductor manufacturer on the planet right now and worth whatever Apple has to pay.

That’s my bold prediction, which seems a no-brainer to me.

Buying TSMC will give Apple something to do with its extra cash while at the same time solving a very big problem for TSMC, itself, which is what to do about Beijing wanting to grab Taiwan.

Selling to Apple will make the wealth of TSMC’s current owners both liquid and portable right when they’ll probably be looking for new places to live. And by making TSMC a part of Apple -- a U.S. company of strategic importance to Washington -- Beijing will be chastened somewhat in its corporate dominance.

What will Tim Cook do for an encore after buying TSMC? Well, Steve Jobs told me in August 2011 (his last e-mail to me) that Cook would run Apple "until Reed is ready to take over." 2023-2024 should be about right."
H

If the time turned back to 10 years ago, Apple acquired tsmc could be possible. Now the probability decreases with time. My opinion, it would be possible to have consigned tools and warranted(buyout) capacity in new fab in the near turn in US.
I

One big reason TSMC are so successful in the foundry business -- and Samsung and Intel aren't -- is that they don't compete with their own customers, everyone with deep enough pockets can get access to their technology. Selling out to Apple would destroy this non-compete business stance. Mind you, if you don't want to use TSMC because they're owned by Apple, what other options are there?
A

Very interesting view point. China is a wild card in everything right now. If they choose to try to take over Taiwan, the repercussions around the world economically and politically will be staggering and unpredictable. Such a move might even cause a world wide depression hurting everyone.

IanD said:
One big reason TSMC are so successful in the foundry business -- and Samsung and Intel aren't -- is that they don't compete with their own customers, everyone with deep enough pockets can get access to their technology. Selling out to Apple would destroy this non-compete business stance. Mind you, if you don't want to use TSMC because they're owned by Apple, what other options are there?
Click to expand...

Agreed, I think it would be an antitrust case waiting to happen.
I

The problem for China if it took over TSMC would be twofold -- one problem would be that many customers wouldn't be able to run away from TSMC fast enough, the second is that a large part of the world would be p*ssed off with China and try to source goods from elsewhere which would hit China's export business -- never mind any sanctions which could hit their imports too, and potentially cripple TSMCs access to technology like EUV.
C

I'm not sure Taiwan would want it's most important company owned by Apple. It won't happen.
C 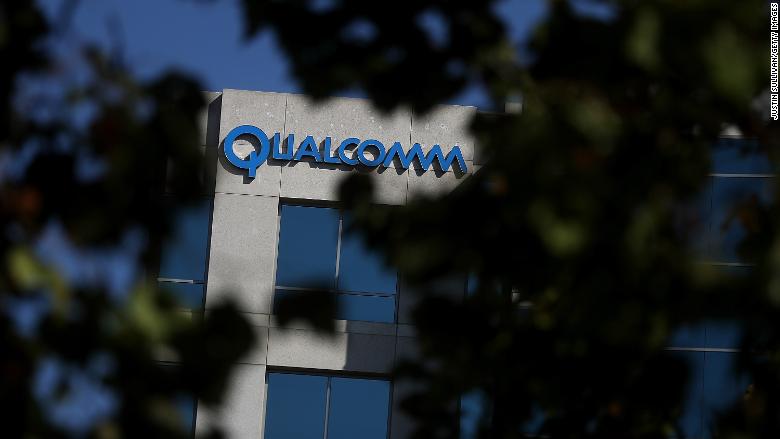 A massive chip deal has become the latest casualty in the escalating US-China trade war.
money.cnn.com
.
Click to expand...

Engineers defecting from TW to China has been ongoing until COVID-19.
D

Buying a fab is a bad idea. The next node costs billions, and the one after that even more.

Much better to be the biggest customer, and constantly threaten to leave for Samsung, or back to Intel. Just like Walmart can abuse their suppliers, Apple will do the same.

I’ve worked in a true fab company. The billions invested make for weird behavior. Sometime the tail wags the dog. After putting in 4-6 Billion for the 5nm node, not making the chips is impossible. Yes, even if it does not make $$ sense. Assured Apple business in the fab will make it fat and slow. If the fab is part of Apple, they can’t switch out the manufacturing.

Plus TSMC also makes parts for many large companies, AMD is big, and others. Apple would not want to be the supplier to other top 500 companies. They prefer consumer markets they can control, with no one dictating to them. TSMC puts the fab technology cost on multiple customers.

And the people. Fabs need lots and lots of people. Overhead walks on two legs.
Why not buy Foxcon? Foxcon would murder to keep the Apple business, and Apple has no guilty conscience for the workers doing the actual assembly, much better for Apple. They don’t want to have the people as real Apple employees, thinking they get full benefits.

Staff member
Apple essentially leases the TSMC fabs. Apple get's most favored Nation status with custom processes that only Apple has access too. It really is a unique and very profitable relationship that has evolved over 10+ years. Seriously, why buy the cow when you can lease a better one every year?
M

And TSMC with its new US fab is one of Taiwan's defence against China.

mbello said:
And TSMC with its new US fab is one of Taiwan's defense against China.
Click to expand...

They are calling it the "Silicon Shield"....
A

China attempting to take over Taiwan would lead to a major world war, starting with Japan and South Korea out of the gate. These three countries are all very smart, strong economically and have many bleeding edge technologies. Having studied warfare for years, I don't have the slightest doubt the three would have some very nasty high tech weapons no one has dreamed of combined with radical strategies. All of southeast Asia, Australia and many others would be against China. It is far better for China to be a customer at a fraction of the cost, economically and politically.
You must log in or register to reply here.
Share:
Facebook Twitter Reddit Pinterest Tumblr WhatsApp Email Share Link
Top