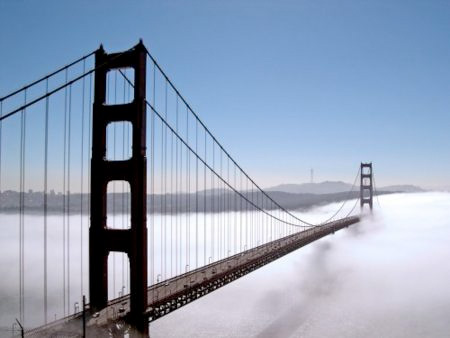 Very large datacenters have become economically attractive over the last decade. There are a several reasons for this. Virtualization and other software technologies have made it easier to make a datacenter look like a dedicated server, and at a much lower total cost of ownership of actually having your own dedicated server. This is especially so when the usage is peaky, sometimes requiring a lot of processing power and other times none. Since a fixed resource like a server is basically a fixed cost depreciated over time, it actually costs the same per hour whether it is running at peak or idle.

Cloud computing has become the term for providing computing power using datacenters shared among many customers. The most well-known is Amazon’s various services. Even a company with as big a resource requirement as Netflix finds it convenient to use Amazon extensively, turning what would be a big fixed cost into a more convenient variable cost (people mostly watch movies in the evening, not at 4am or mid-day).

Another term coming into vogue is IaaS for infrastructure as a service, analogous with Saas (software as a service). Both have one aspect of changing fixed costs into variable costs, along with some other stuff, some good some bad.

There are a lot of technical issues to creating enterprise to public cloud IaaS providers such as firewalls, encryption, storage and access infrastructure. Many of these technologies are not yet adequately virtualized. You get whatever the cloud provided has chosen to provide and not what you would ideally like. The enterprise IT department has to work hard to provide the “bridge to the cloud”. It is costly and beyond the experience of many IT departments. So today worldwide IT spending on public cloud is under 5%.

The key factors for major growth in IaaS is not the cost of ownership, those arguments are over, but these other issues. The key issues are: 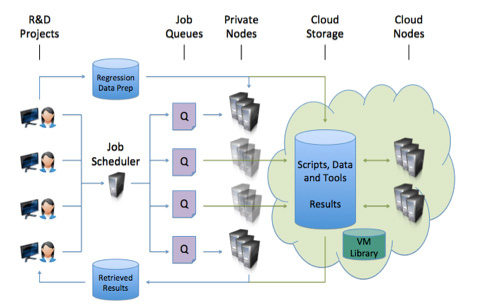 These requirements are fairly easy to describe but hard to execute. Zentera has been working on making this sort of bridge to the cloud transparent while at the same time satisfying the requirements above, making it easy to add cloud resources once internal resources are not enough. They call this burst to the cloud. In the EDA world, one area of high interest is running Q/A suites on EDA tools. This is usually very bursty, coming up to a release lots of testing, soon after not so much, and so is ideal to ride on this type of infrastructure, bringing essentially unlimited compute power to bear when needed and costing next to nothing when not.

Read Zentera’s white-paper on Bridge to the Cloud here.

0 Replies to “Burst to the Cloud”