TSMC to No Longer Do Business with China. which side is SK going to pick? 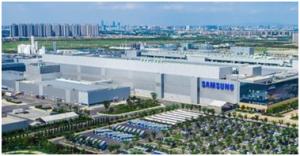 TSMC to No Longer Do Business with China

U.S. President Joe Biden had a video conference with the CEOs of 19 semiconductor companies on April 12. Two days later, TSMC, the largest foundry in the world, announced that it would sever its business relationship with Chinese client Phytium. Samsung Electronics’ burden is mounting with TSMC as w

“In contrast, Samsung Electronics and SK Hynix have large memory chip plants in China and this is why they are hesitating to side with the United States unlike TSMC.”

so...which side is South Korea going to pick? (US/China)
P

I tend to view any articles out of BusinessKorea with a LARGE grain of salt. It is strongly pro-Korean...to the detriment of the truth at times.

The article states "industry sources" stating that TSMC has no manufacturing facilities in China & that is why TSMC will no longer do business with China. Neither of which are true.

1. TSMC's Fab 16 is located in China
During the Q&A shareholder session less then 2 days ago, TSMC announced that the fab is "in production for a while" and there is "a plan to extend the capacity".

2. TSMC suspended new orders when Phytium was added to the US Entity List last week.
Taiwan has stated its chip firms will adhere to US rules blacklisting Chinese entities. This does NOT mean that TSMC will no longer do any business with other Chinese firms.
Source: https://www.reuters.com/technology/...e-new-us-rules-blacklisting-china-2021-04-14/

Kim Eun-Jin had a really bad track record of reporting anything related to TSMC. One of the really off reports was claiming Apple’s M1 chip returning to Samsung’s 5nm node due to TSMC’s lack of capacity.

TSMC’s fab in Nanjing expects a capacity expansion, mostly on mature nodes (28nm), despite its most advanced node at 12/16. This is widely believed to pick up the slack caused by the SMIC sanction.
C