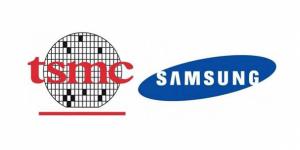 Two years and two months have passed since Samsung Electronics announced its vision to rank first in system semiconductors by 2030. But critics say the Korean chipmaker will hardly clear the hurdle of TSMC, the No. 1 foundry company. While TSMC has increased its market share from 40 percent to 50 pe 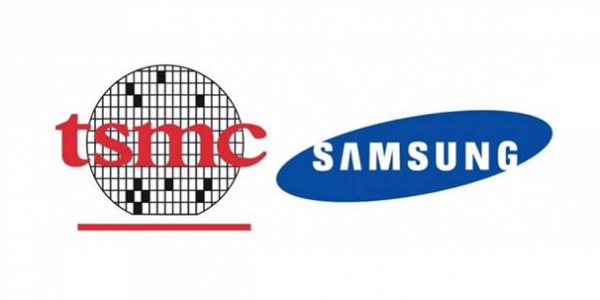 2. Samsung Electronics also announced its success in mass-producing 5-nm products in 2021, industry analysts say that Samsung’s yield is too low to be seen as a success in volume production. In the foundry market, it is extremely important to supply products to customers such as Apple and Qualcomm on time. No companies are placing orders for 5-nm products with Samsung, as its mass-production capabilities have not been fully verified yet.

3. Samsung Foundry also has a more fundamental weakness in terms of earning trust with corporate customers. That is to say, Samsung has the System LSI Business Department in charge of designing and selling application processors (APs) for smartphones. It is natural for customers who have to hand over their semiconductor designs to foundry companies to prefer TSMC to Samsung Electronics. This is because TSMC engages in the foundry business only, so corporate customers do not need to worry about information leaks.

IMO, trust is the biggest issue for Samsung. Can Intel IDM 2.0 earn its customers trust?
Last edited by a moderator: Jun 23, 2021
P

This article is very unusual as BusinessKorea has been previously very supportive of their coverage of Samsung Foundry. I'm actually a bit surprised that they printed what many people here at SemiWiki have already stated. But my guess is that the Korean press had to eventually change the narrative of Samsung Foundry being a complete success before Samsung's two biggest external customers (Nvidia and Qualcomm) announce that their next generation productions will be fabbed at TSMC.

It's a well known fact that Samsung Foundry can't yield (Thank you Asus for pointing this fact out) and this is probably why Nvidia and Qualcomm are going back to TSMC. Ambarella has publicly stated (in their earnings call on March 31, 2021) that their CV52 chip was designed for Samsung 5nm...so Samsung not having any companies placing orders may be incorrect. That said Samsung losing Nvidia and Qualcomm as customers to TSMC would be an incredible loss. TSMC's 5nm already appears to be superior to Samsung's upcoming (but rumored to be delayed) 3nm GAAFET/MBCFET node performance-wise. It doesn't appear Samsung Foundry will have an answer for TSMC's upcoming 3nm and 4nm nodes in terms of performance, power efficiency or yield. There aren't a lot of companies (like Nvidia) who can afford to be a process node behind their competitors and still gain market share. Qualcomm (I'm one of your shareholders) if you're listening....you CANNOT afford to lose any more of your business to MediaTek because Samsung's 5nm didn't yield enough Snapdragon 888 chips.

My guess is Intel and Samsung are going to spend and burn through a ton of money building fabs, getting ASML equipment, etc trying to gain market share. ASML CEO Peter Wennink has already stated that he doesn't believe all three of the current leading edge foundries (Intel, Samsung, TSMC) will be able to keep up with the cutting edge due to costs. Right now, TSMC is sitting pretty. Samsung Foundry and Intel IDM 2.0 have serious challenges ahead.

Staff member
I remember when Samsung announced 10nm. People from Qualcomm warned me that yield was in the single digits yet they claimed "industry first 10nm". As a result, Samsung started shipping Qualcomm good die versus wafers, it was that bad, and of course Qualcomm could not meet customer demands. This is why TSMC stresses that they are the "Trusted Foundry". That and not competing with customers.

Another problem Samsung Foundry has is employee turnover. They just lost their VP to Intel Foundry, which is another problem. When employees leave in the semiconductor industry they goto competitors and the company strategy/customer list goes with them. In fact Intel just hired the Samsung Foundry VP:

Semiconductor manufacturers are expanding capital spending in 2021 and beyond to help alleviate shortages. In addition, many governments around the world are proposing funding to support semiconductor manufacturing in their countries. The United States Senate this month approved a bill which...

Yet another reason....
G

Samsung has made the same bodacious claims of overtaking TSMC by (fill in the date) for a decade. They even count their internal transfer cost of their IC sales as “Foundry” in order to artificially boost their market share. It will never happen organically, TSMC will have to falter and that’s very unlikely to happen.
H

Daniel Nenni said:
I remember when Samsung announced 10nm. People from Qualcomm warned me that yield was in the single digits yet they claimed "industry first 10nm". As a result, Samsung started shipping Qualcomm good die versus wafers, it was that bad, and of course Qualcomm could not meet customer demands.
Click to expand...

It was actually worse… Back in Q1’18 the risk order of a few k of wafers ended up with zero functioning die. that’s why Qualcomm had to switch to TSM that year… and apparently they never learned their lessons
G

I thought BK was the PR agency for Samsung.
A

When Samsung burned Apple by copying its design for the smartphone while making Apple's chip, they destroyed one of the most critical attributes that can make or break a foundry, TRUST. Steve Jobs was furious and was noted to launch a legal war on his deathbed. The day Steve Jobs died, 300 people of TSM's met with Apple at their headquarters and the meeting went ahead as planned. Morris Chang maintained absolute trust between customers and suppliers. Intel's glory days ended with the exit of Andy Grove.
T

The foundry-chip connection burns both ends. The foundry has a trust problem and also is too deeply committed to specific devices and their needs and schedule.

But the chips are burned too because it becomes too deeply tied to the foundry schedule and the limitations of one foundry. The chip hiatus was far more damaging for Intel than the failure to launch a foundry business, and the hiatus occurred only because Intel strapped the chips to the foundry. The failure to launch chips when the foundry missed was huge. Samsung, structurally, has a similar risk profile. They make more from chips and gadgets generally than from the independent foundry activity.

The solution begins by freeing their devices. The day Samsung announces their best chips will be portable to TSMC will be the best day for their foundry business, too. They will no longer be running a three-legged race on a field of sprinters.

Tools will be pivotal. The same tooling which frees their chip designs to port to any fab - including Samsung - will be the tools which allow outsiders to fully consider Samsung. And meeting the tooling requirements will focus the Fab on what it needs to do.
G

Huh? “The day Samsung announces their best chips will be portable to TSMC will be the best day for their foundry business, too”. This assumes a certain level of design rule sharing at sizes below 16nm. That day will not happen. Being a second source to each other is not in their respective DNA, Just Sayin’.
You must log in or register to reply here.
Share:
Facebook Twitter Reddit Pinterest Tumblr WhatsApp Email Share Link
Top