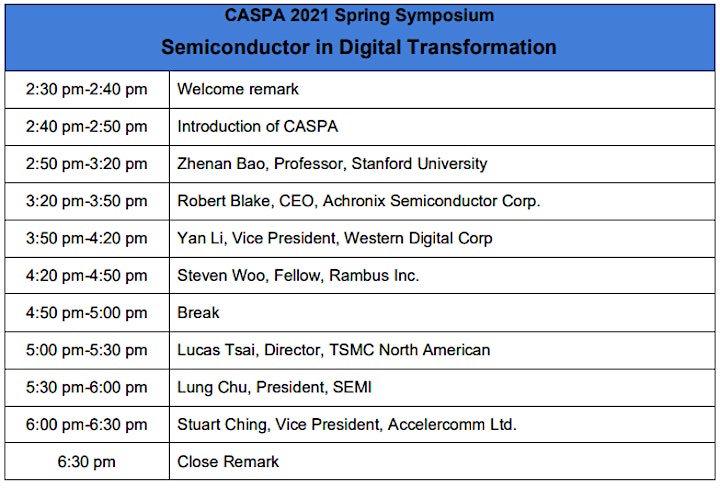 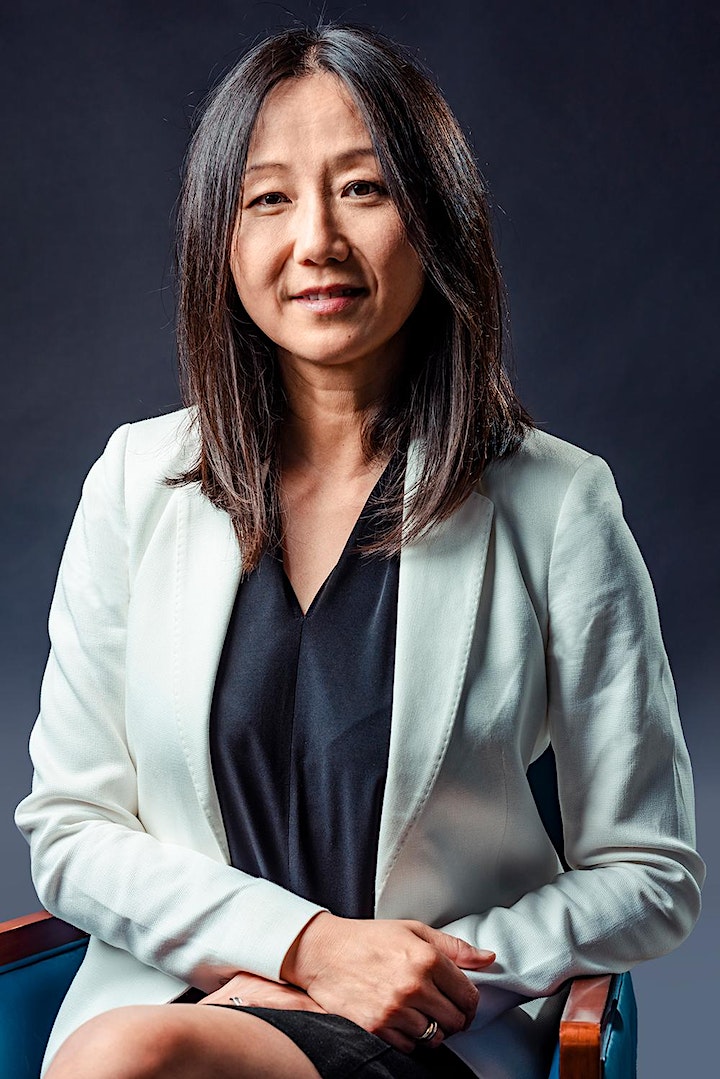 Abstract: Skin is the body’s largest organ, and is responsible for the transduction of a vast amount of information. This conformable, stretchable, self-healable and biodegradable material simultaneously collects signals from external stimuli that translate into information such as pressure, pain, and temperature. The development of electronic materials, inspired by the complexity of this organ is a tremendous, unrealized materials challenge. However, the advent of organic-based electronic materials may offer a potential solution to this longstanding problem. Over the past decade, we have developed materials design concepts to add skin-like functions to organic electronic materials without compromising their electronic properties. These new materials and new devices enabled arrange of new applications in medical devices, robotics and wearable electronics. In this talk, I will discuss several projects related to engineering conductive materials and developing fabrication methods to allow electronics with effective electrical interfaces with biological systems, through tuning their electrical as well as mechanical properties. The end result is a soft electrical interface that has both low interfacial impedance as well as match mechanical properties with biological tissue. Several new concepts, such as “morphing electronics” and “genetically targeted chemical assembly – GTCA” will be presented. 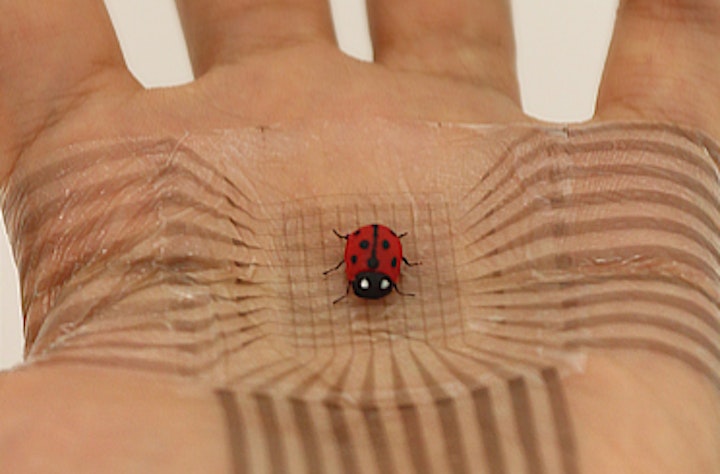 Prior to joining Stanford in 2004, she was a Distinguished Member of Technical Staff in Bell Labs, Lucent Technologies from 1995-2004. She received her Ph.D in Chemistry from the University of Chicago in 1995. She has over 550 refereed publications and over 65 US patents with a Google Scholar H-Index >160.

Bao was selected as Nature’s Ten people who mattered in 2015 as a “Master of Materials” for her work on artificial electronic skin. She was awarded the inaugural ACS Central Science Disruptor and Innovator Prize in 2020, the Gibbs Medal by the Chicago session of ACS in 2020, the Wilhelm Exner Medal by Austrian Federal Minister of Science 2018, ACS Award on Applied Polymer Science 2017, the L’Oréal-UNESCO For Women in Science Award in the Physical Sciences 2017, the AICHE Andreas Acrivos Award for Professional Progress in Chemical Engineering in 2014, ACS Carl Marvel Creative Polymer Chemistry Award in 2013, ACS Cope Scholar Award in 2011, the Royal Society of Chemistry Beilby Medal and Prize in 2009, the IUPAC Creativity in Applied Polymer Science Prize in 2008.

Bao is a co-founder and on the Board of Directors for C3 Nano and PyrAmes, both are silicon-valley venture funded start-ups. She serves as an advising Partner for Fusion Venture Capital. 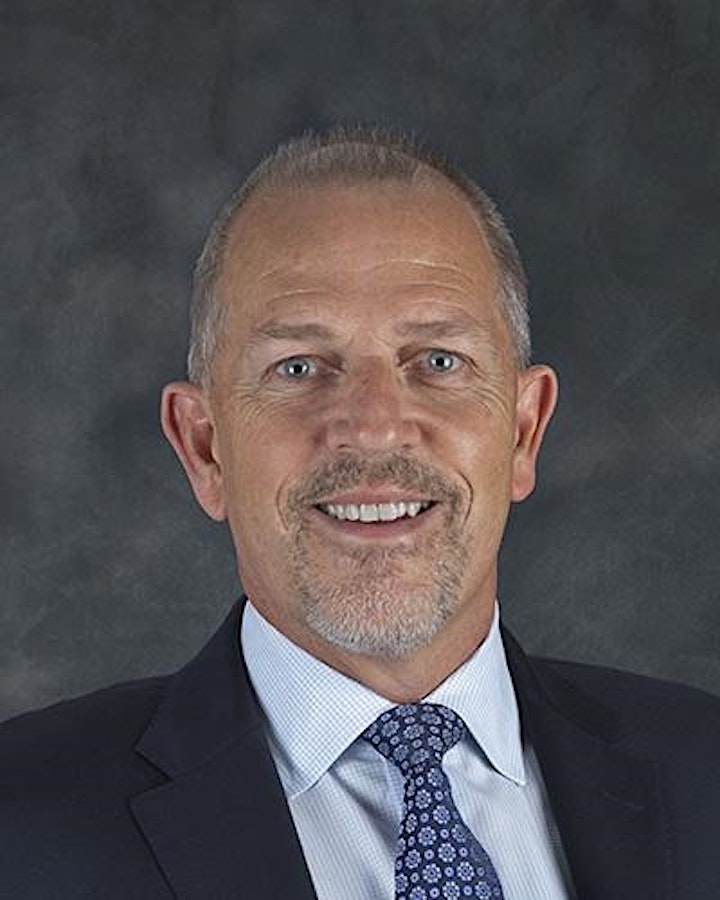 Biography: Robert Blake has worked in the semiconductor industry for over 25 years. Prior to Achronix Semiconductor he was the Chief Executive Officer of Octasic Semiconductor based in Montreal, Canada. Mr. Blake worked at Altera in a variety of sales, marketing and general management roles. As Vice President of Product Planning he was responsible for defining Altera’s programmable logic product solutions. He has been developing ASIC and programmable logic for high speed telecom and network applications for over 17 years. Prior to Altera, he worked at LSI Logic and Fairchild where he developed ASIC technology. He holds a MEng. in Business and Microelectronics and BSc. in Applied Physics & Electronics from the University of Durham in England. 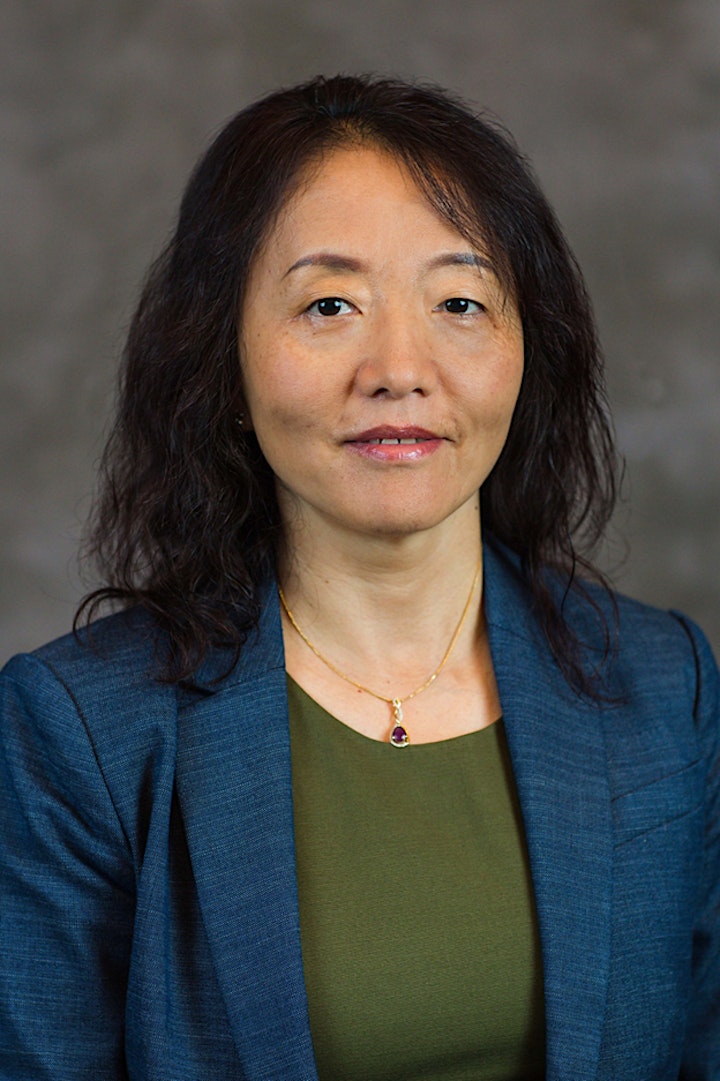 Biography: Dr. Yan Li is a Senior Fellow and Vice President, Engineering Memory Design at Western Digital where she is responsible for leading the development of the next generation of 3D NAND flash memory. In this role, Dr. Li is also currently investigating the future generation in memory computing and massive parallel computation in memory. Recognized for her deep technical background and ability to solve complex problems through out-of-box thinking, Dr. Li is credited with leading teams that have designed – and brought into mass production – many generations of NAND flash memory. Accredited with more than 200 patents, she won the Lewis Winner Award for best paper at International Solid State Circuit Conferences (ISSCC) in 2008 and 2012. She is currently serving on the ISSCC Machine Learning Technical Paper review committee. 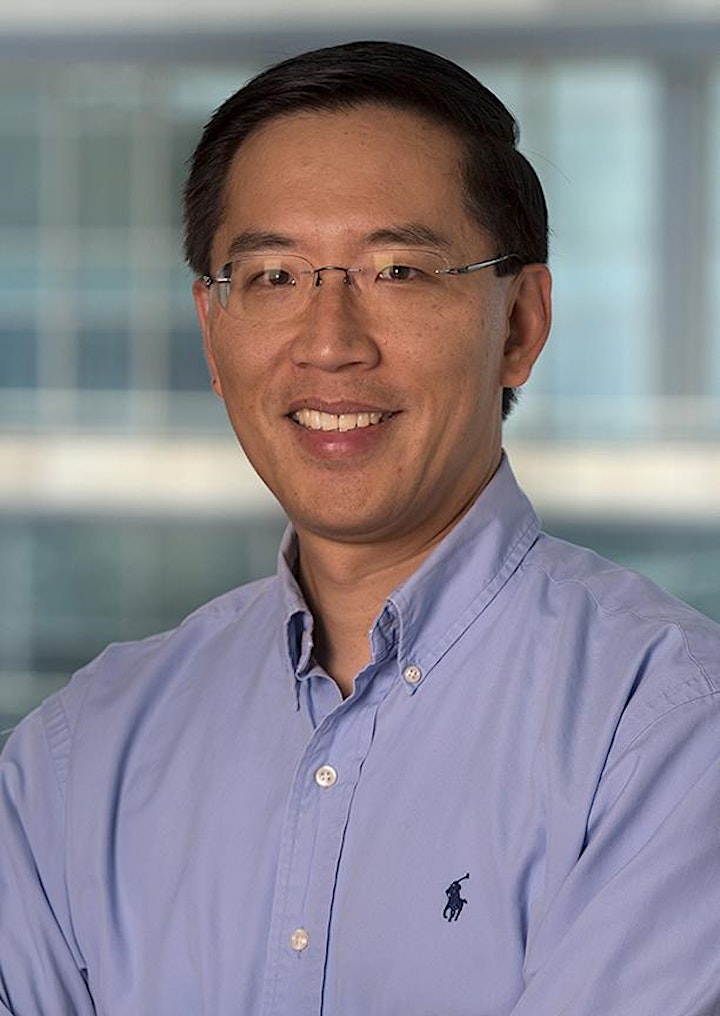 Abstract: The rapid growth of the world’s digital data continues to challenge the processing capabilities of modern data centers, and is driving change in the way systems are architected. With Moore’s Law slowing and Dennard scaling finished, the industry is increasingly adopting domain-specific silicon to augment traditional CPUs in order to improve performance. But as processing continues to improve, factors such as physical design constraints have resulted in memory and IO performance improving at a slower rate, resulting in applications increasingly becoming limited by data movement. To further complicate matters, computing systems are supporting a wide range of applications that make it harder to provide the right amount of resources to balance performance, power, and cost of ownership. In this talk I’ll discuss some of these challenges in more detail, as well as some of the ways the semiconductor industry can support the continued improvement of computing infrastructure.

Biography: Steven Woo is a Fellow and Distinguished Inventor at Rambus Inc., working on technology and business development efforts across the company. He is currently leading research work within Rambus Labs on advanced memory systems for accelerators and computing infrastructure, and also manages an architecture team. Since joining Rambus, Steve has worked in various roles leading architecture, technology, and performance analysis efforts, and in marketing and product planning roles leading strategy and customer programs.  Steve received his PhD and MS degrees in Electrical Engineering from Stanford University, and Master of Engineering and BS Engineering degrees from Harvey Mudd College. 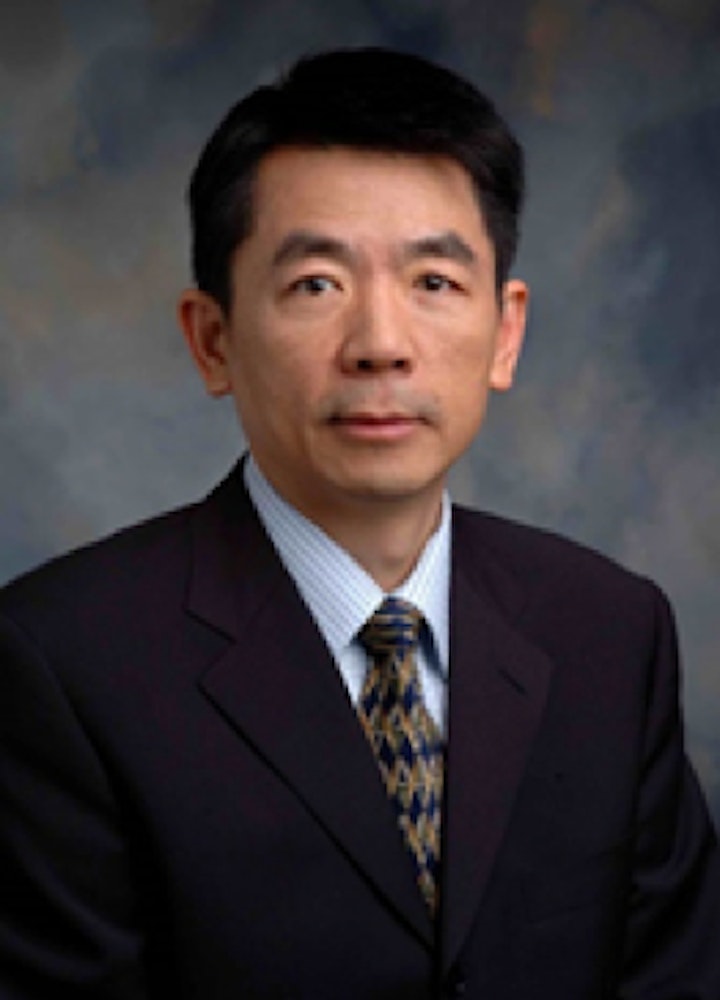 Lung is also an advisor and served as chairman of Chinese American Semiconductor Professional Organization (CASPA, 华美半导体协会) in 2002-2003. Based in Silicon Valley, CASPA has over 4,000 individual members and 100+ corporate members worldwide, and 10 chapters in Silicon Valley, Austin, Phoenix, Portland, Beijing, Shanghai, Taiwan, Hong Kong/Shenzhen, and Singapore. 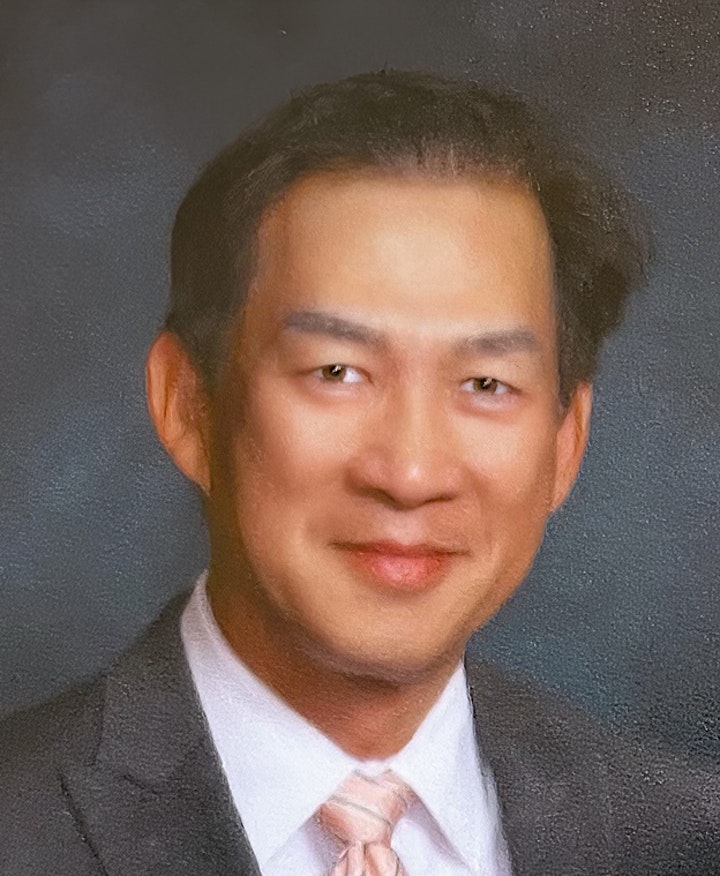 Title: TSMC in the Era of Enhanced Digital Transformation

In this talk, we will address how TSMC is shouldering the responsibility in a world of enhanced digital transformation by offering accelerated “Effective Capacity”, meaning capacity with (1) technologies that carry meaningful PPA (Performance Power Area) improvement; (2) vibrant design and IP ecosystems; and (3) high quality manufacturing with high yield and reliability. We will also address how TSMC is driving Moore’s law forward with predictable technology development, and also how TSMC is working with VC-backed emerging customers to bring innovative products to market.

Biography: Lucas joined TSMC North America in 2004, and has risen through the ranks from Field Technical Support, Major Account Management, and now manages Market Development with focus in understanding end application markets and implications to TSMC’s foundry business. He also manages over 300 emerging accounts, mostly VC-backed, along with TSMC’s connections in the Venture Capital community.

Before joining TSMC, he was with LSI Logic. He earned his Ph.D. in Electrical and Computer Engineering, North Carolina State University, and M.S.E.E and B.S.E.E in Electronics Engineering, National Chiao-Tung University, Hsinchu, Taiwan, R.O.C. Lucas was granted more than 20 US patents, and has published more than 40 papers in technical journals and conferences. 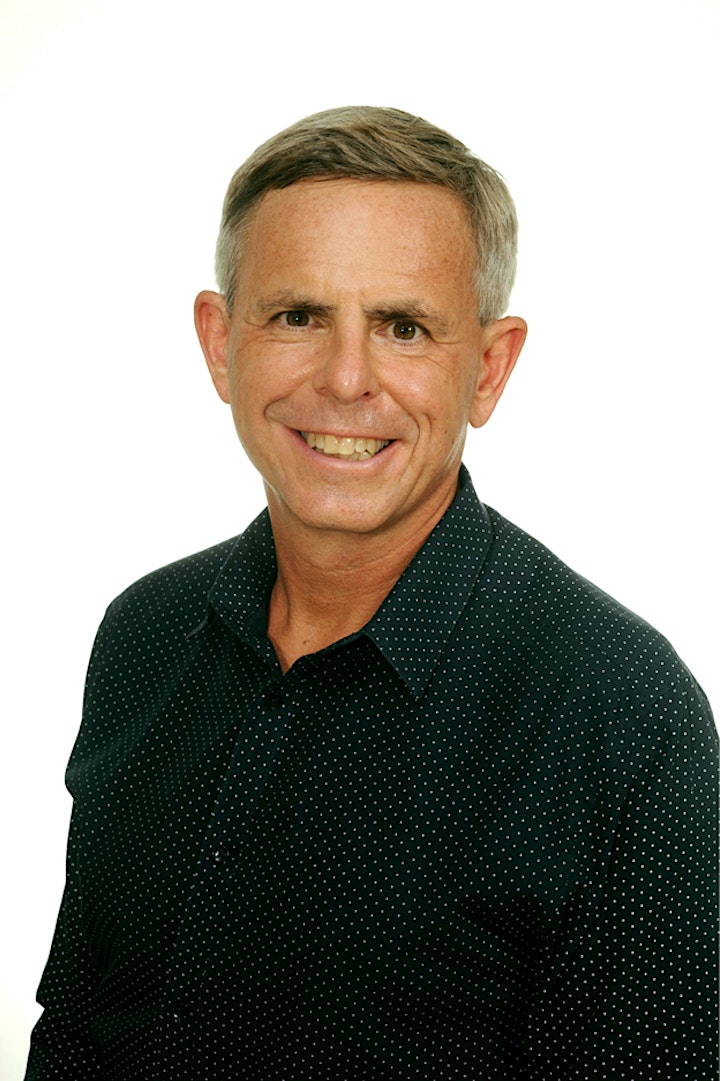 Title: 5G and Beyond – Realizing the massive potential of 5G

Abstract: 5G is a transformative communications technology, allowing us to realize many of the 21st century’s aspirations from autonomous cars to space tourism. Thousands of applications, millions of designs, billions of chips and at the heart of all this will be the need for highly performant 5G NR modems. AccelerComm is about democratizing access to 5G NR Modem technology, enabling these ICs and the presentation will talk to key technology considerations behind high performance 5G.

Biography: Based in the Bay Area, California, Stuart Ching is the VP North America for AccelerComm Ltd. Stuart spent 17 years at ARM, leading Sales for EMEA, Asia and globally as SVP W.W Sales during ARM’s period of accelerated business and revenue growth. For the last 4 years he has been working with Bay Area & European startups in the areas of Machine Learning, eMobility and semiconductors. Stuart is a Chartered Electrical & Electronic Engineer and has a BSc in Engineering from Portsmouth Polytechnic, England